Following our afternoon at the Bonaventure Cemetery,
we headed in to town.
It was a Saturday evening and Savannah had come to life. 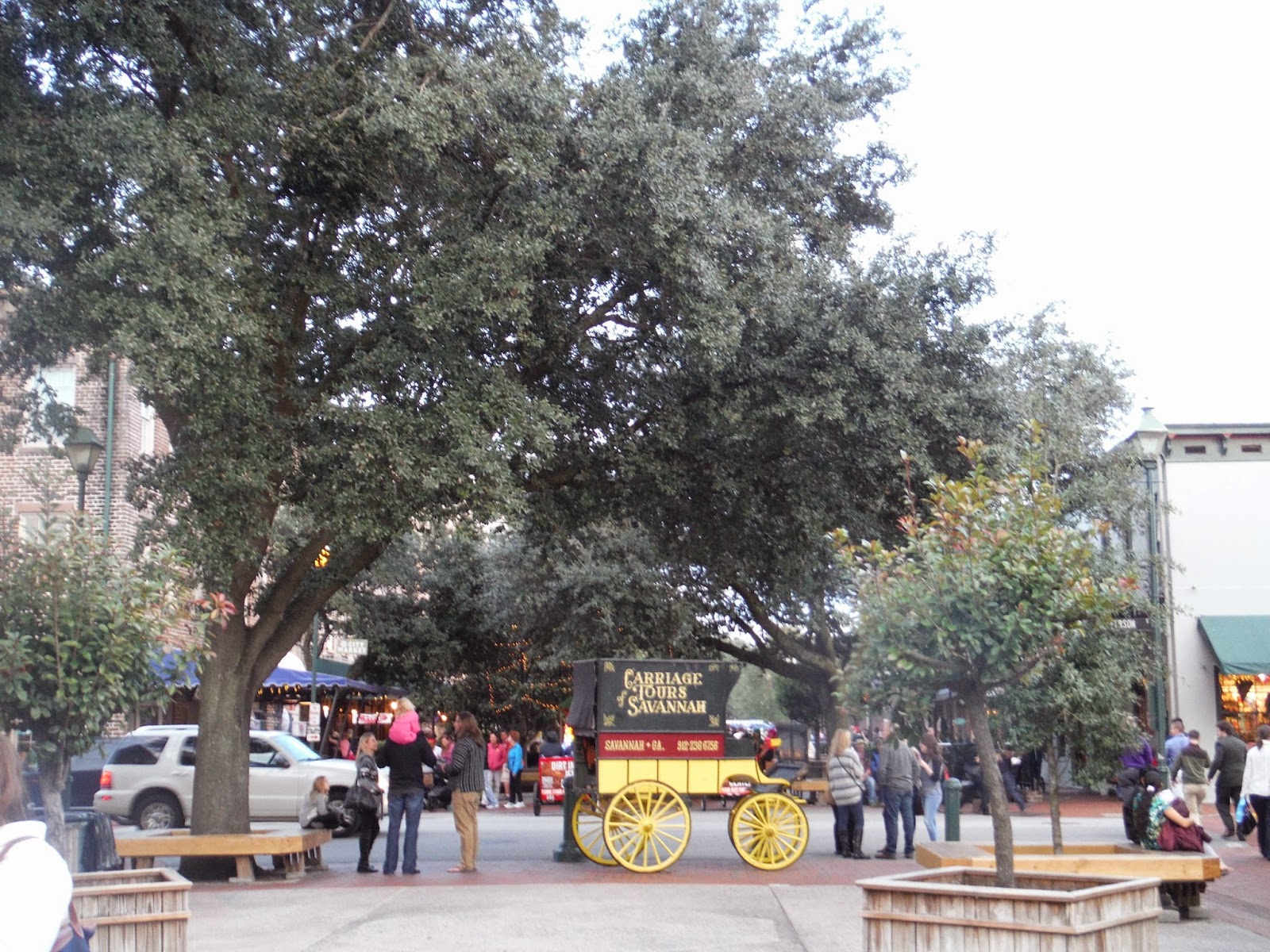 The city was everything you would expect.
With quaint shops, bars, bistros and street music everywhere. 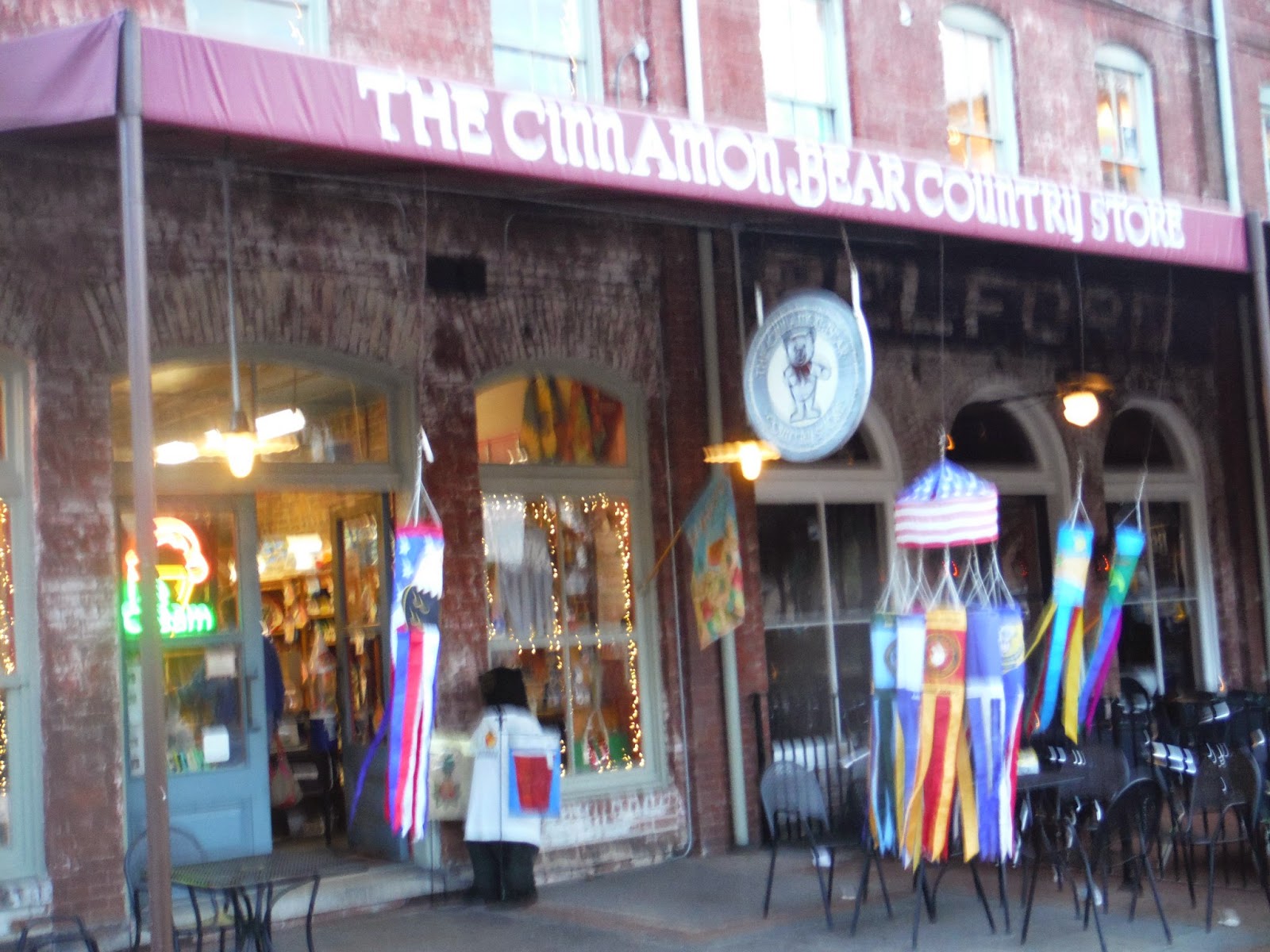 We explored quite a bit before deciding on a place to eat dinner. 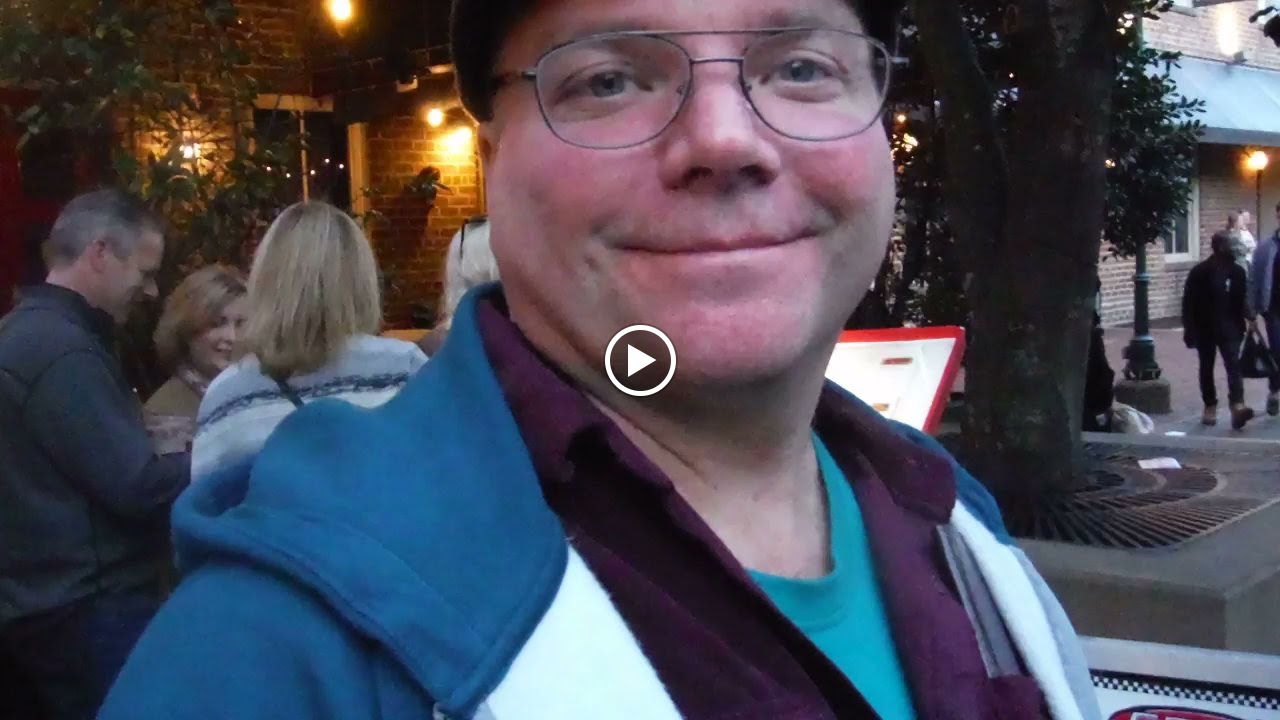 There were many choices.
From the trendy bistros,
tourist traps like the Pirate's House,
upscale places like the Pink House,
and even Paula Dean's place; Lady and Son's 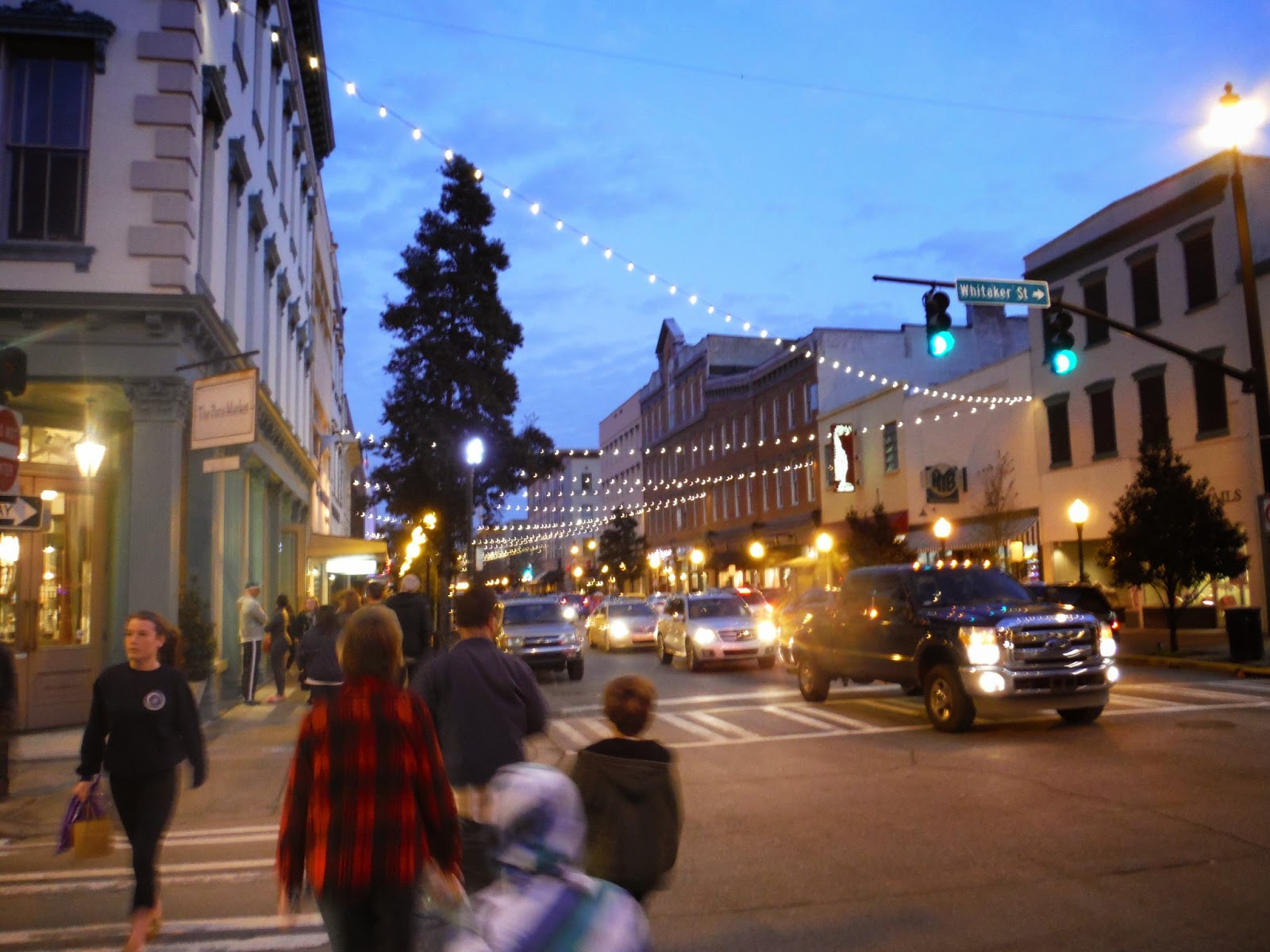 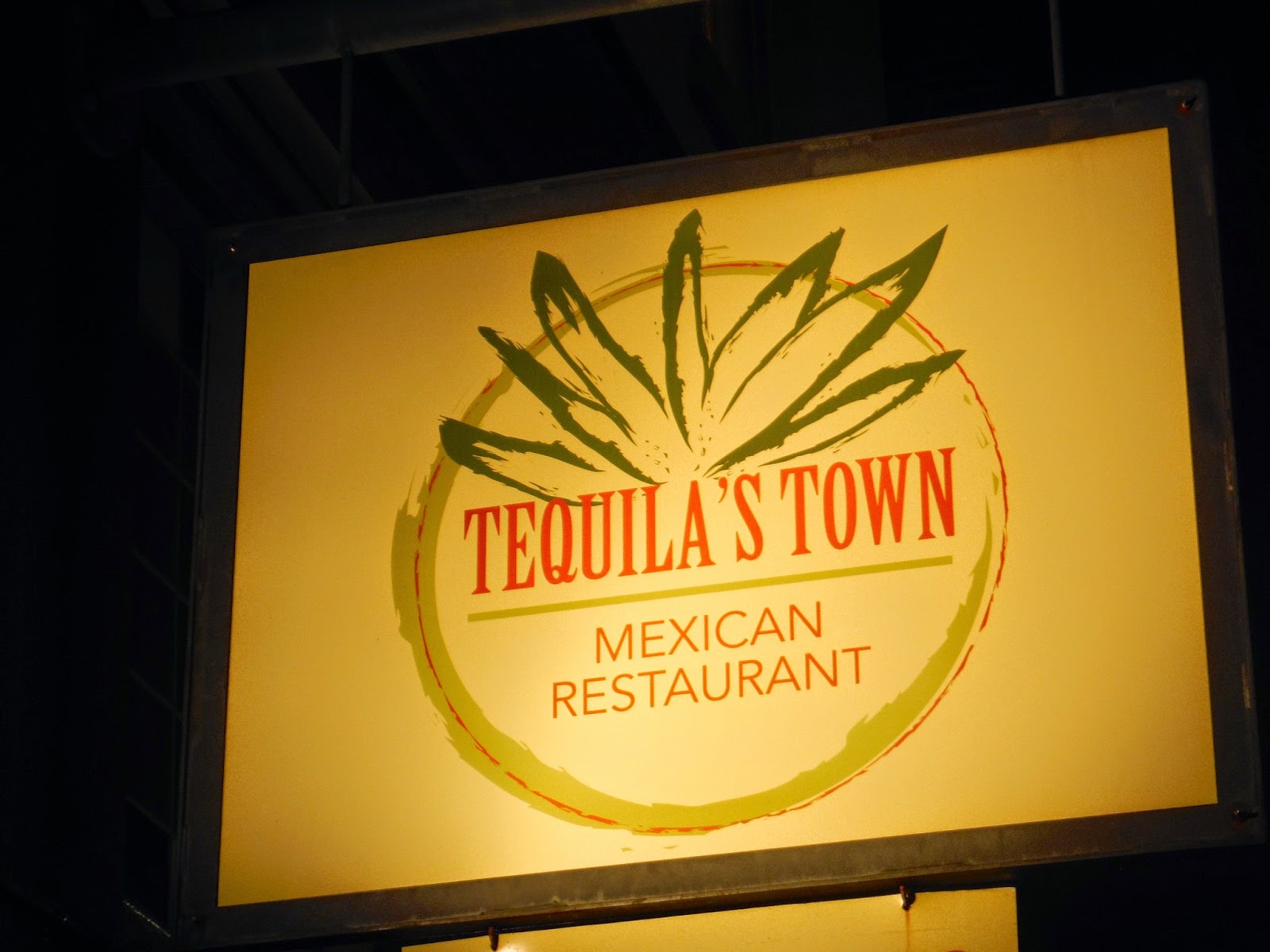 We then headed down to the river front where there were even more
choices to stop and get a drink or shop until you drop. 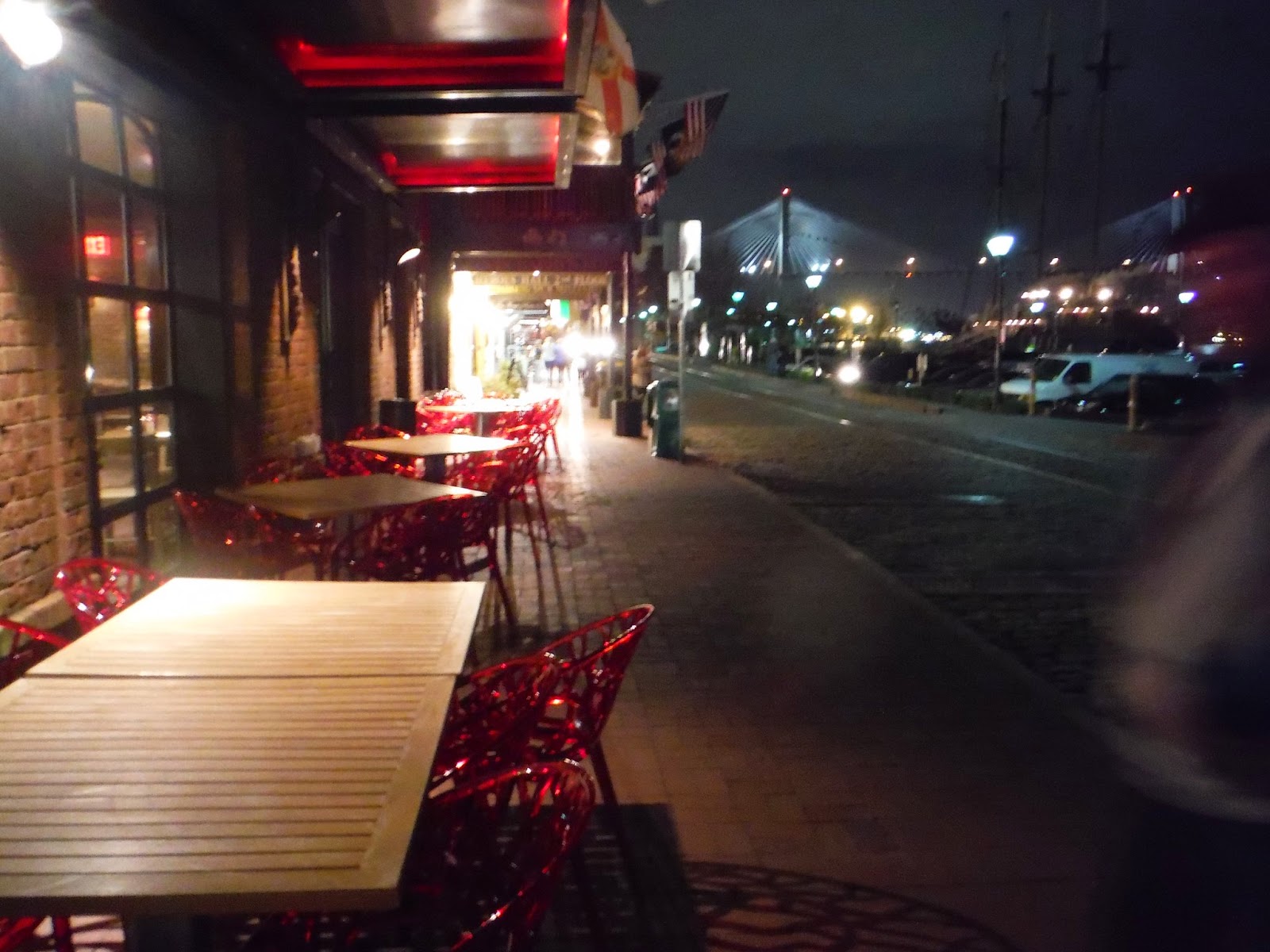 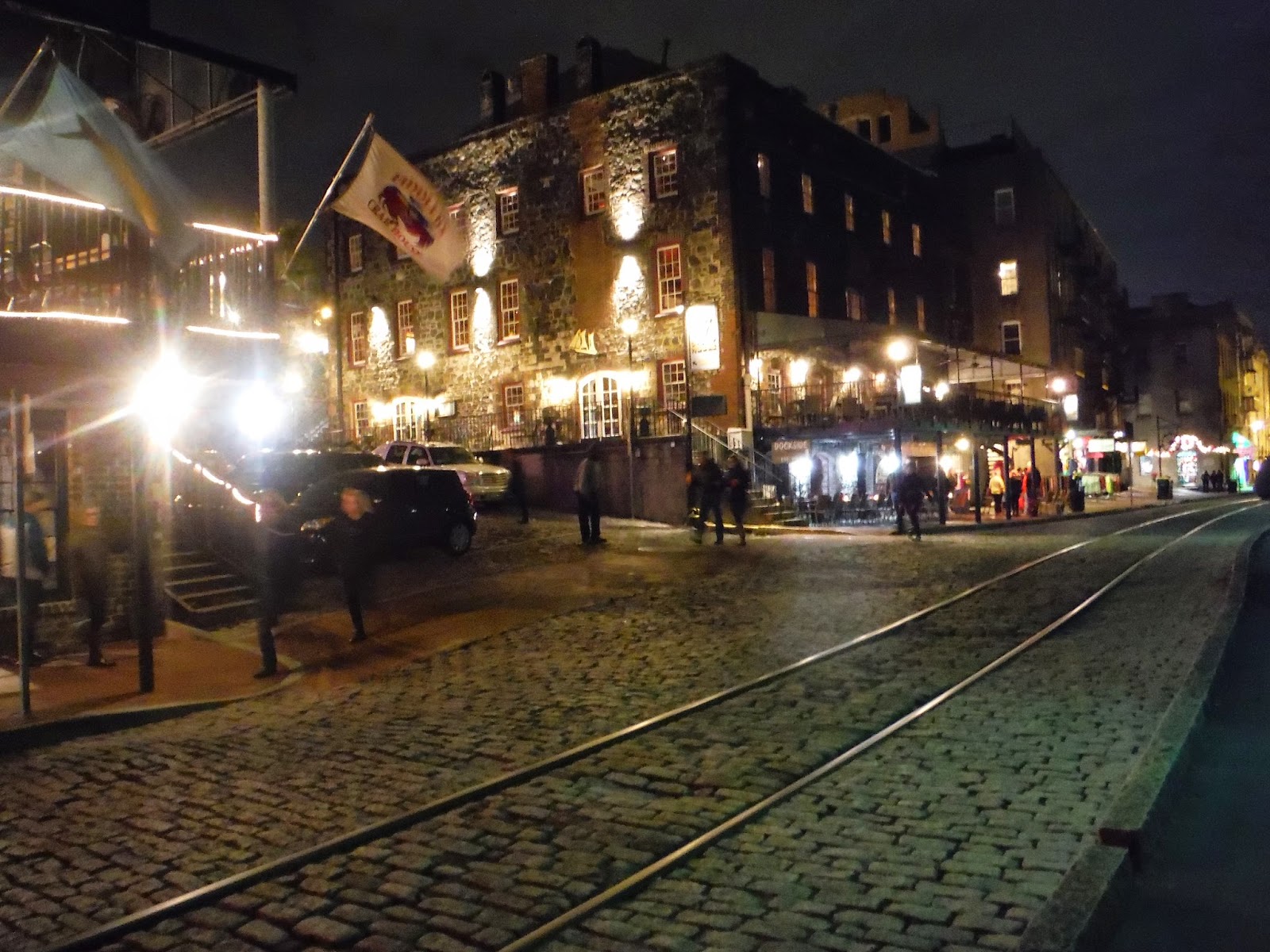 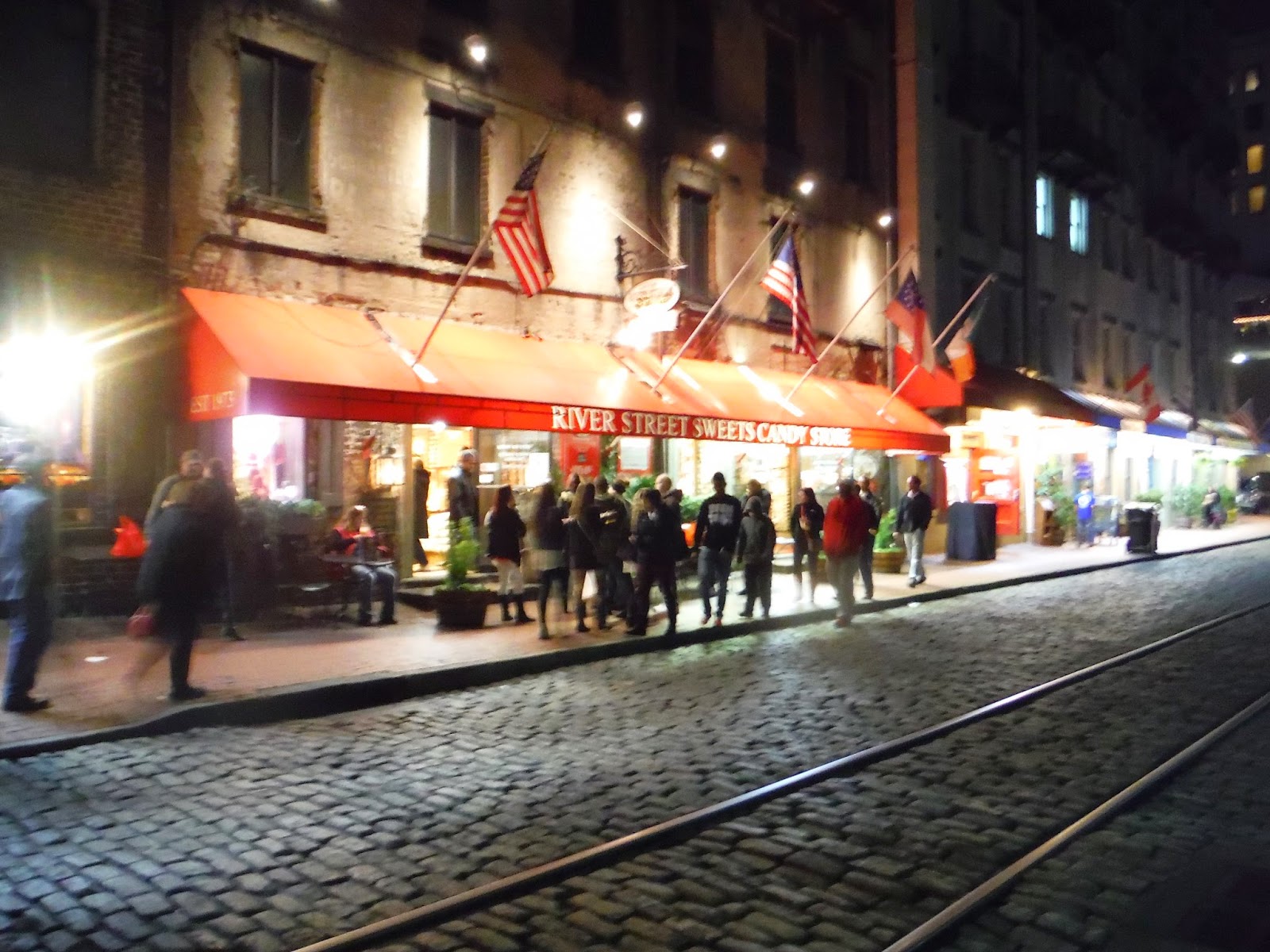 Finally, we met up with our Ghosts and Gravestones Tour.
We've taken their tour of Boston and couldn't pass up a thrill in the
cool Southern night. 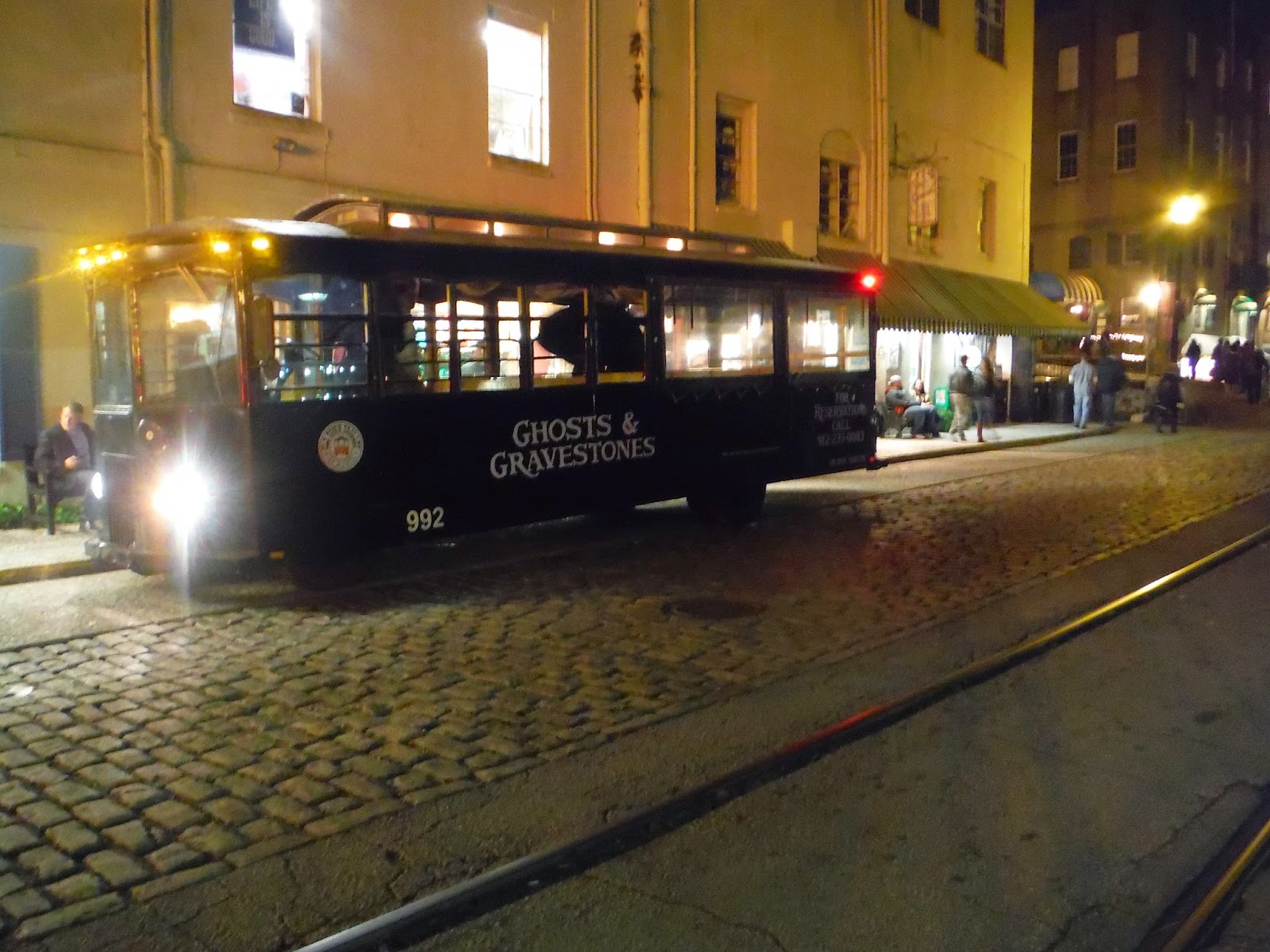 Pictures were difficult and I decided to enjoy the experience.
We learned about many accidents and murders. We visited homes of
some of Savannah's more famed residents such as
Juliette Gordon Low (founder of the Girl Scouts of America)
and of course the home of Johnnie Mercer.
We also learned of the architecture that graces this cities streets and squares. 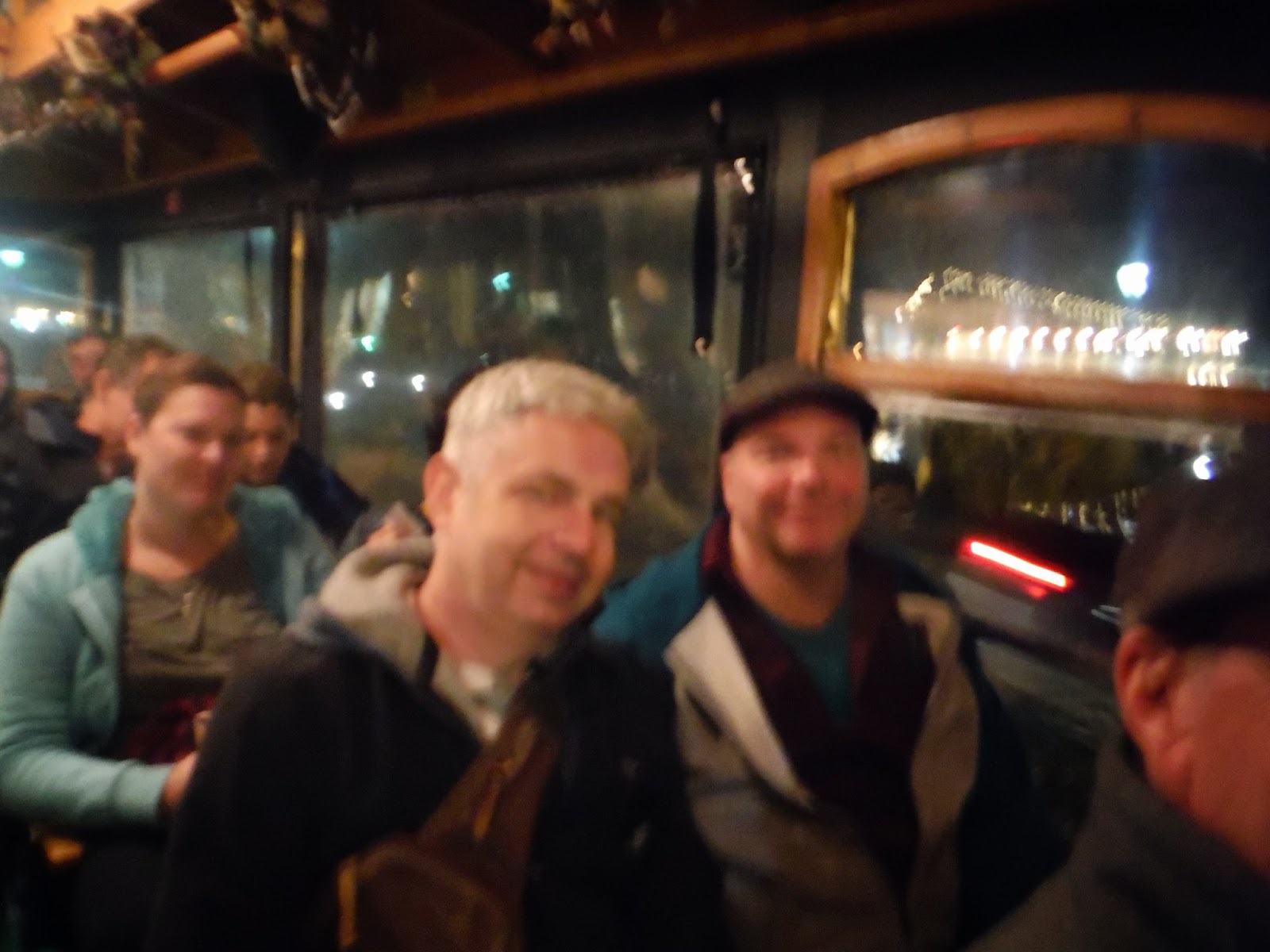 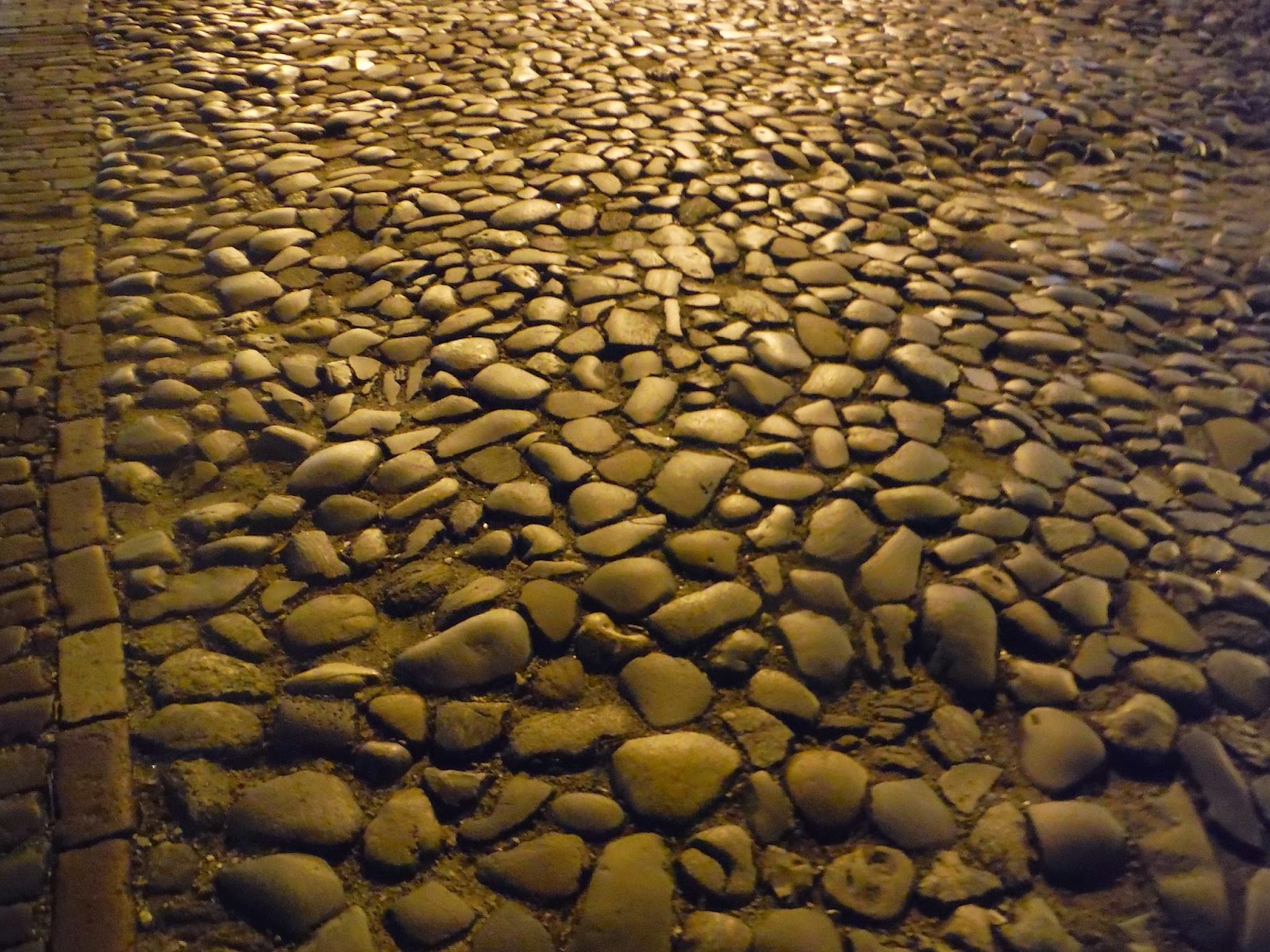 These streets along the river front were built with the ballast stones from ships. The ships would come from England with the stones for weight in the bottom and return filled with goods such as cotton, textiles, peanuts, pecans and of course peaches to name a few things. 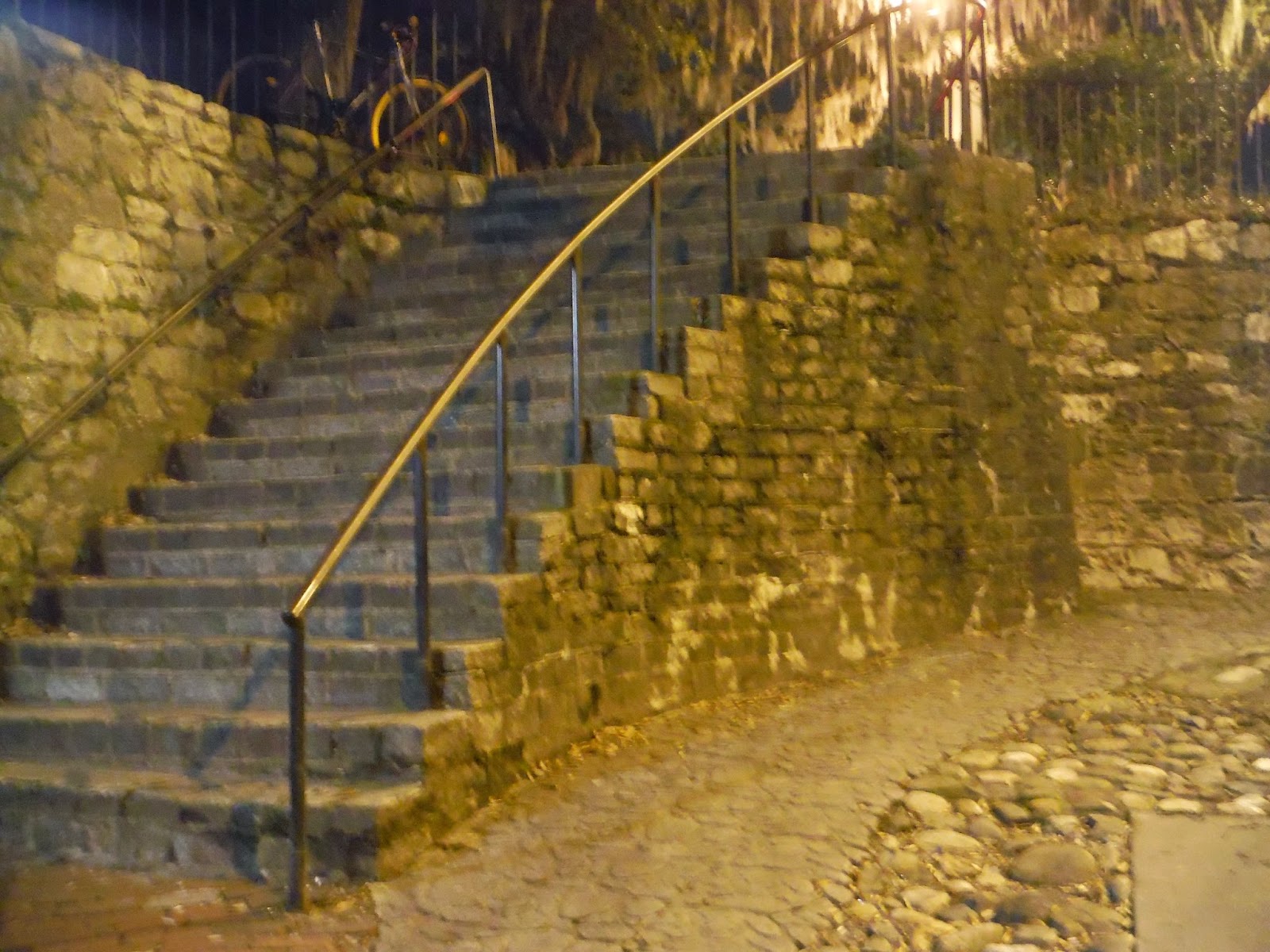 The ship yards could flood with the tides and hurricanes so they are much lower than the city streets and are accessed by these "historic"(use at own risk) steps. 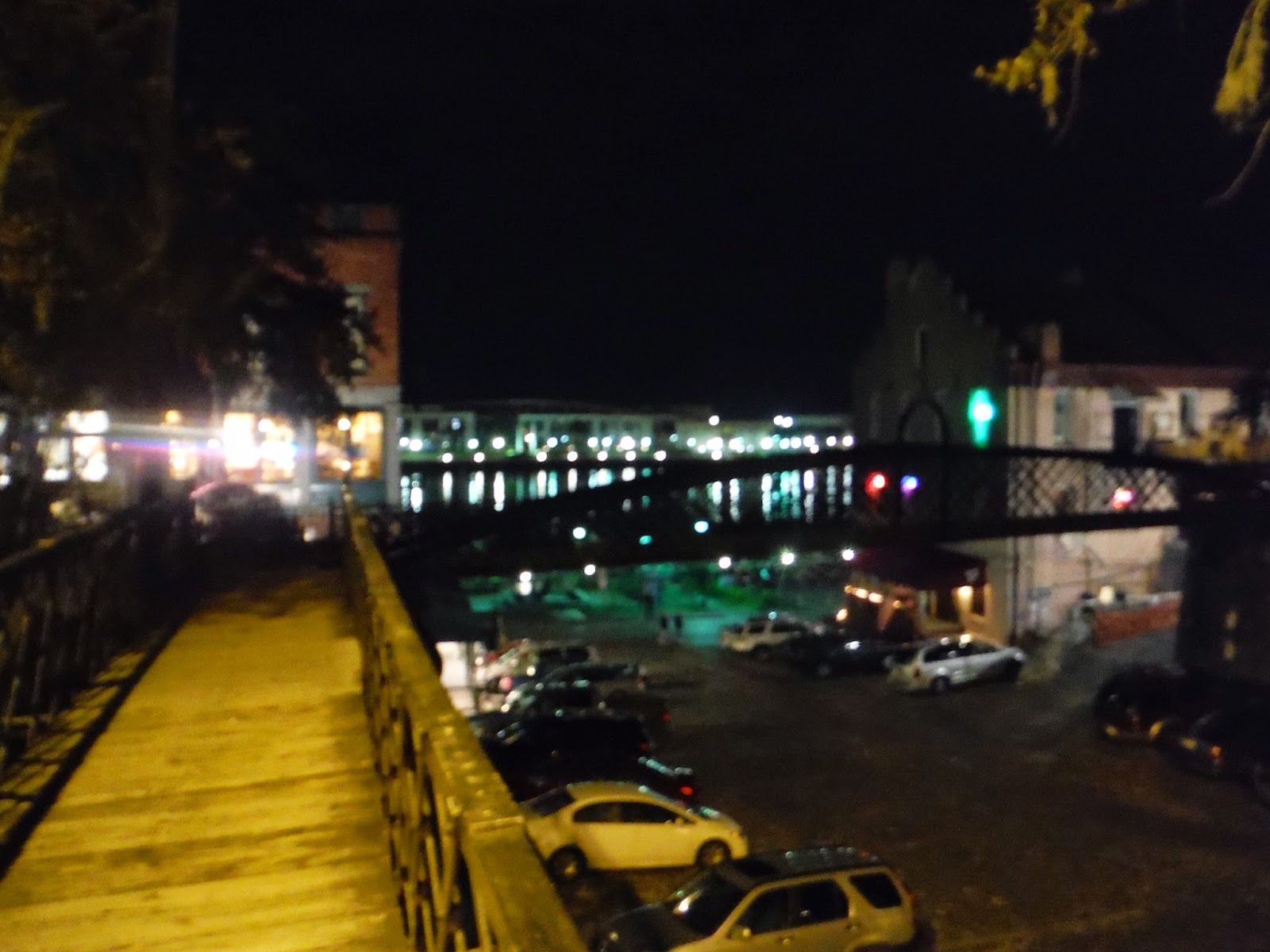 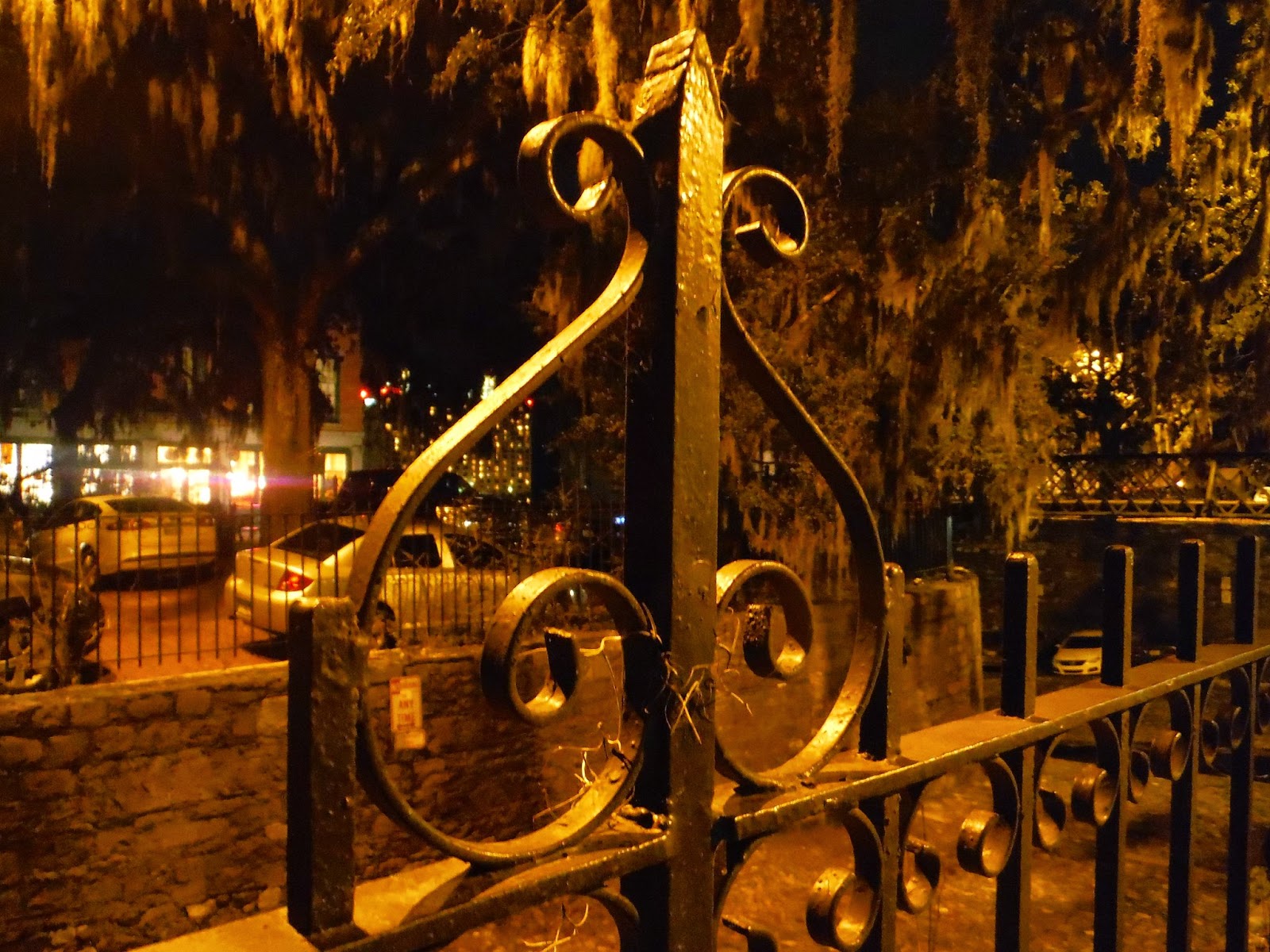 Sunday morning shown a different light on this enchanted city.
All the partying of the night before gave way to church bells and finely dressed folk
walking the many city squares. 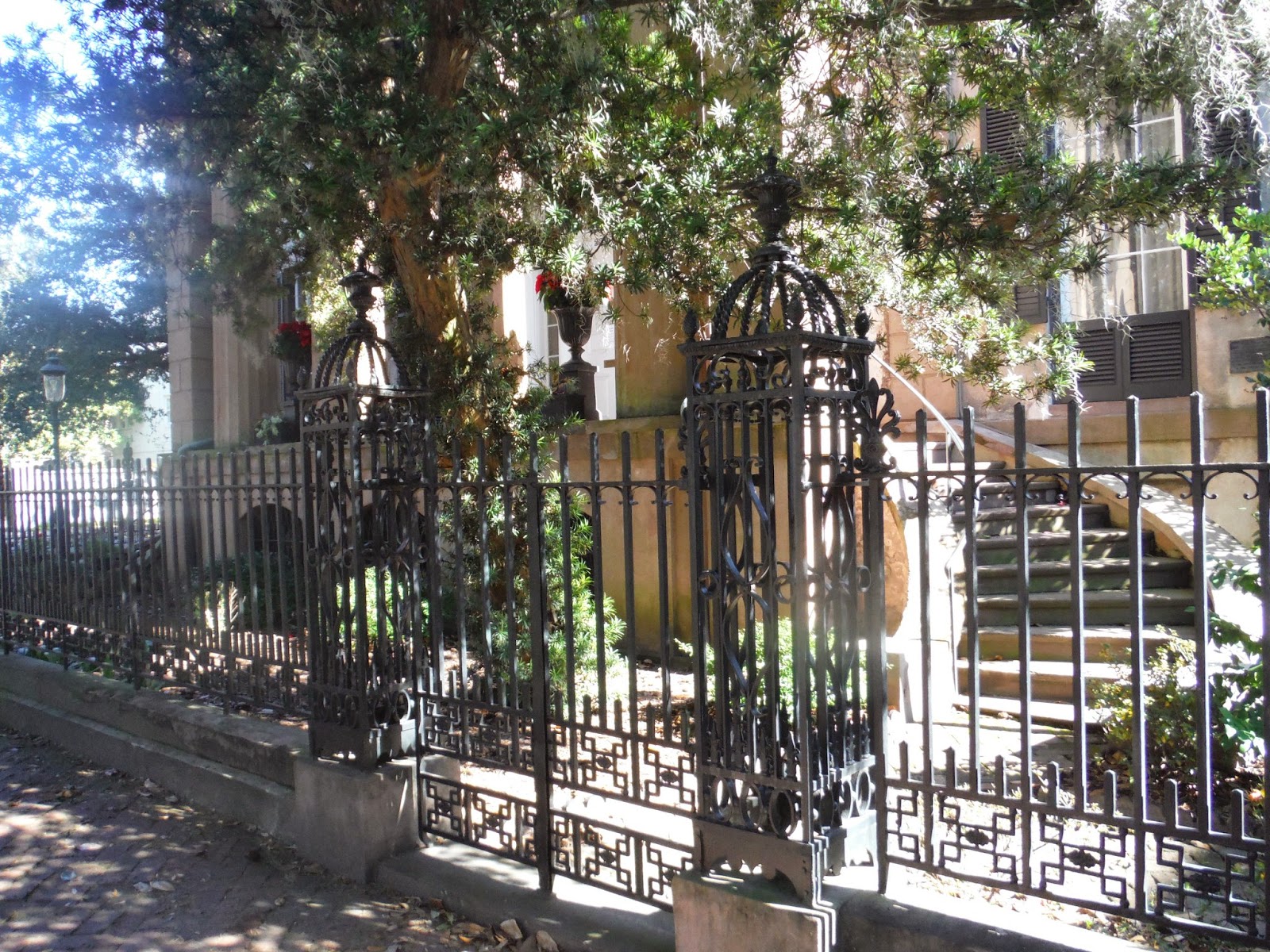 James Oglethorpe, founder of the city of Savannah would be proud of what I saw on this day. 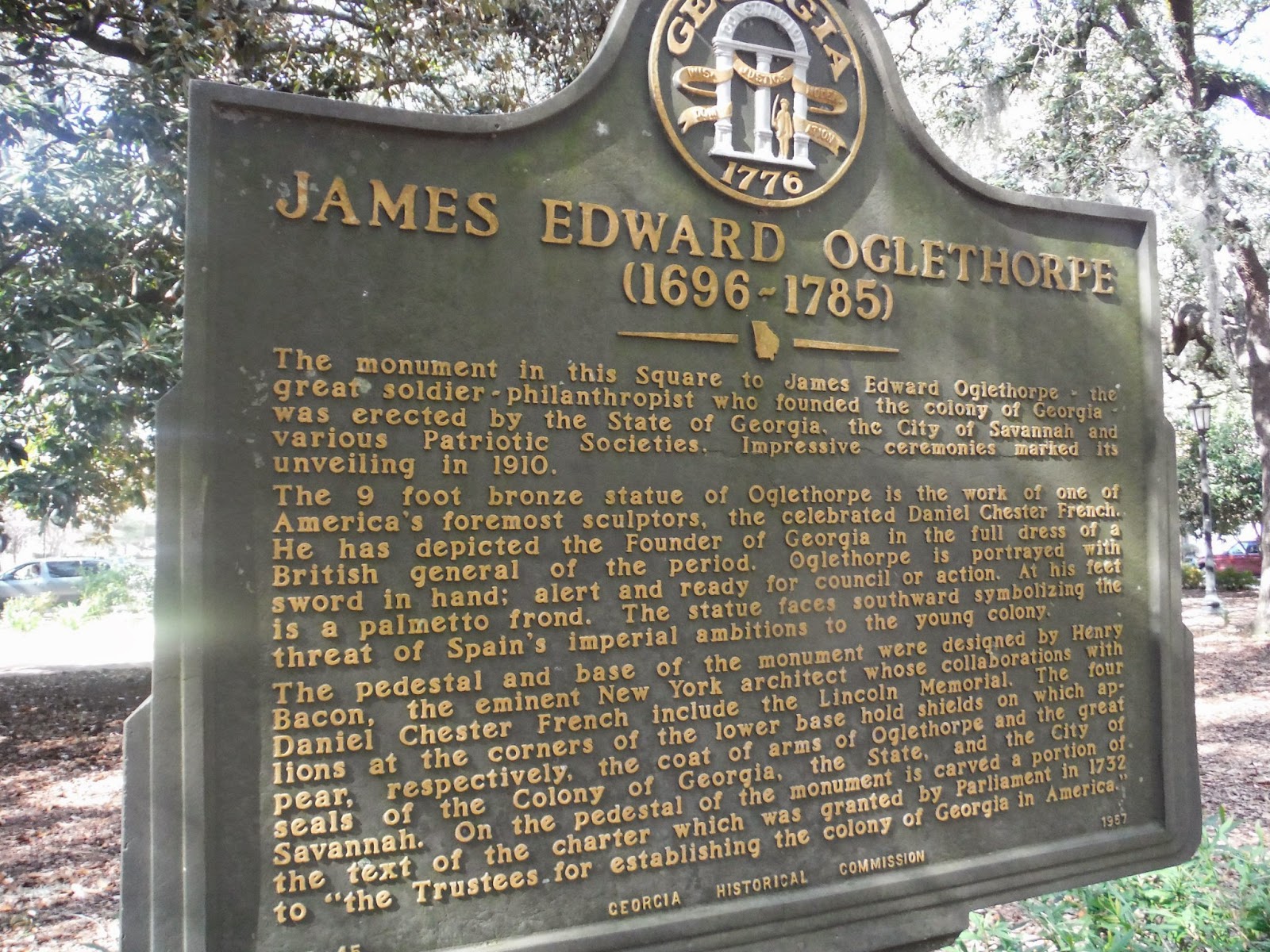 A city built around squares.
A good way to describe them would be a round-a-bout that is squared off.
Each square then is essentially a city park.
There are now 12 squares in the city as well as a larger park.
These squares make the city confusing to navigate with a car.
But very friendly to a pedestrian.
Even if they look like these two Yankees... 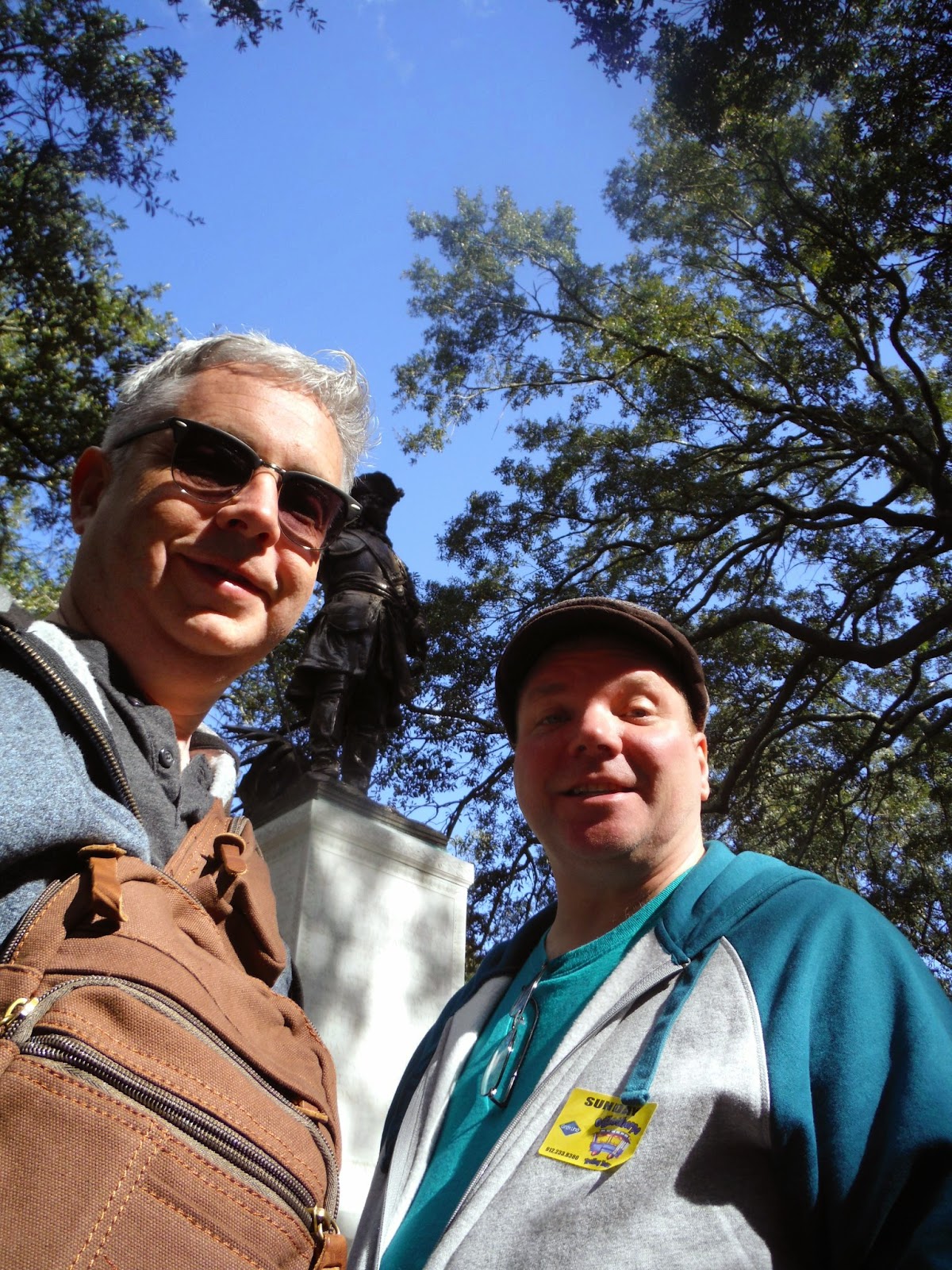 As promised,
here is the home where the murder of Christmas 1981 took place.
The Mercer/ Williams house.
Built by Hugh Mercer, and encompassing an entire city block, Hugh never lived here.
But his grandson Johnnie Mercer did.
And this is where all those wonderful songs were penned and originally played on the
grand piano inside. 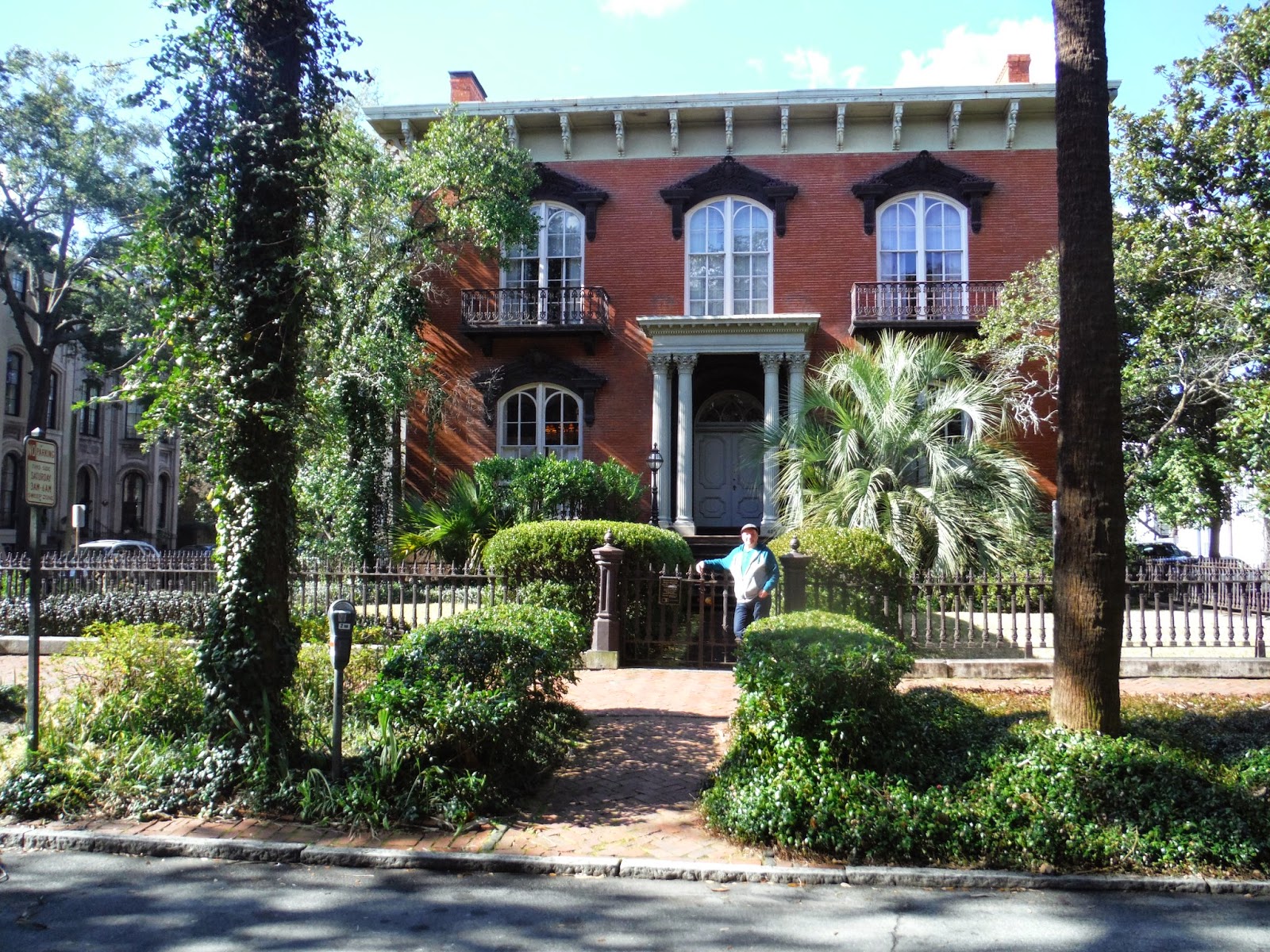 It's a grand home situated on a quiet square.
Thanks to Jim Williams, it was restored after years of neglect.
Today it is a museum 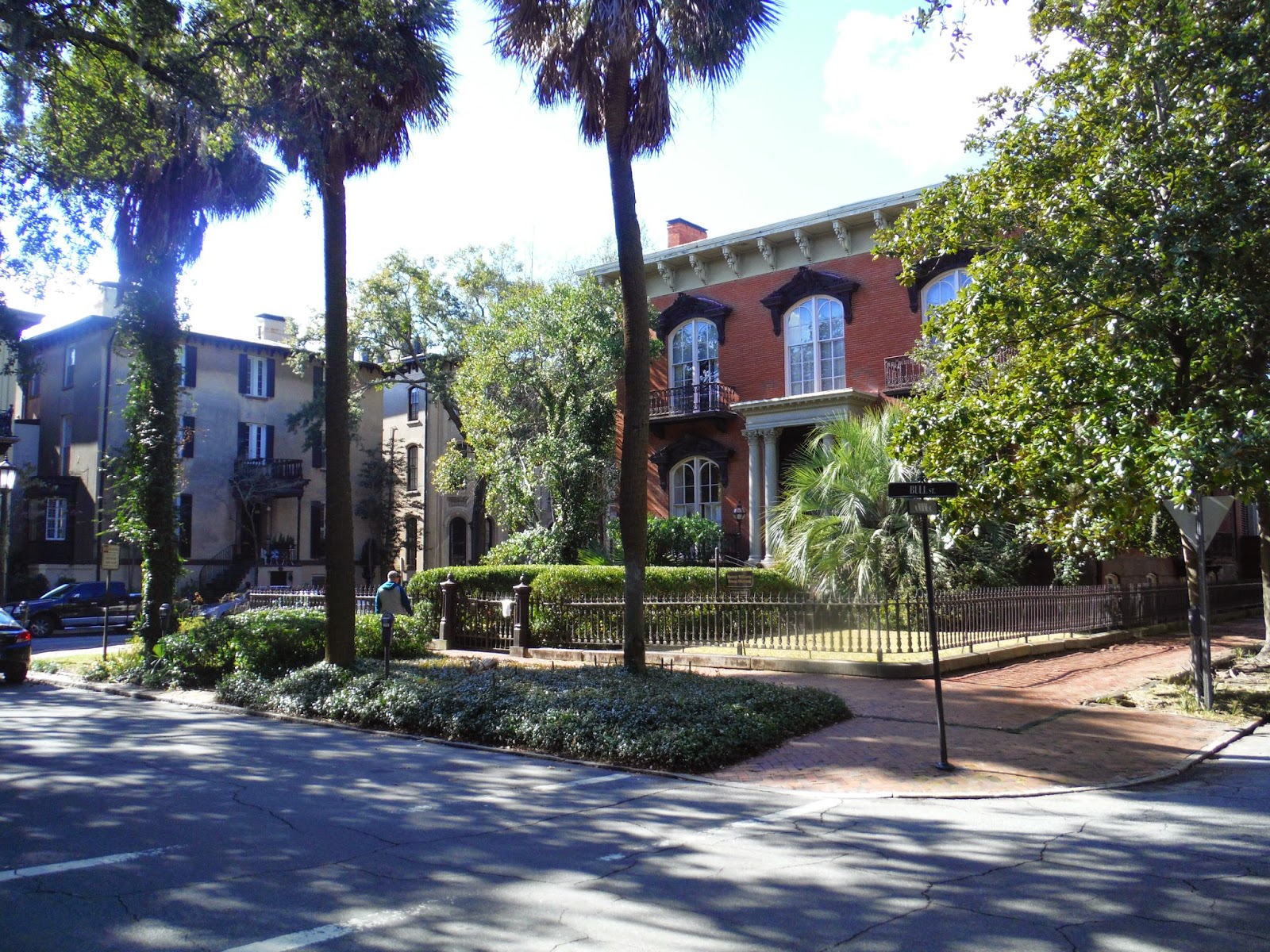 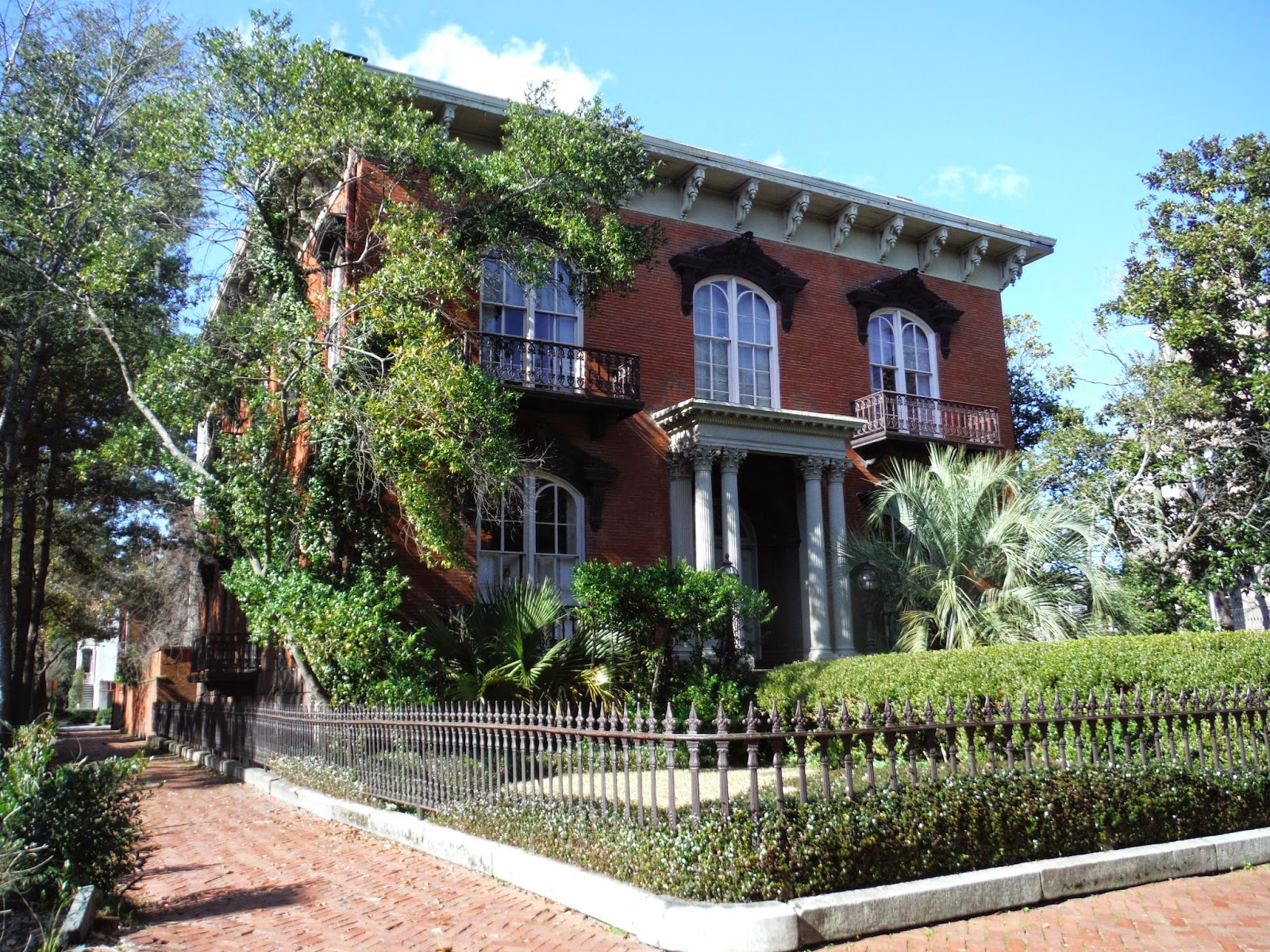 And even though the movie is what put Savannah on the tourist map,
the murder that took place inside is downplayed. 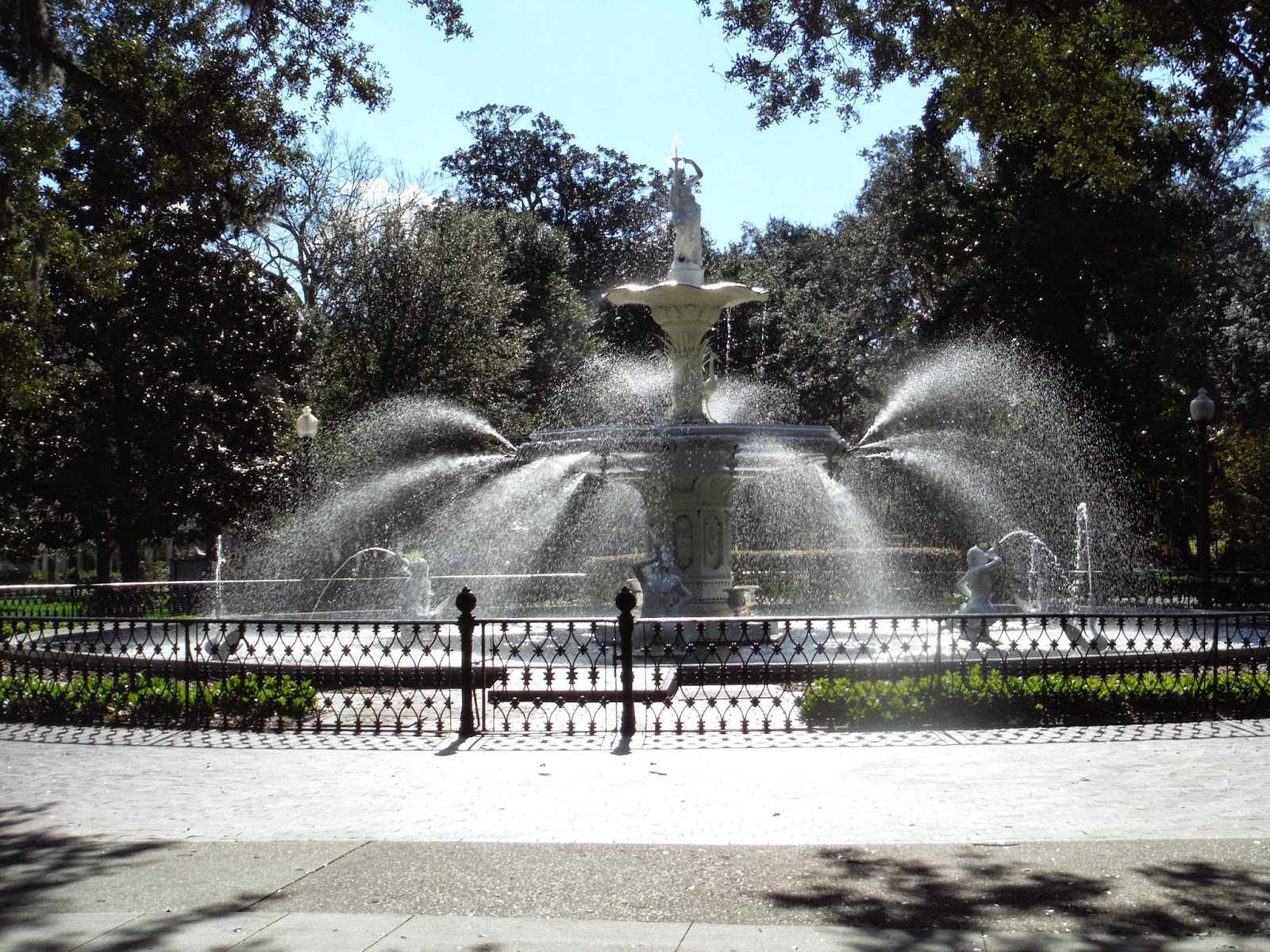 This fountain in Forsyth Park is just blocks from the Mercer House
and is in the opening scenes of the movie. 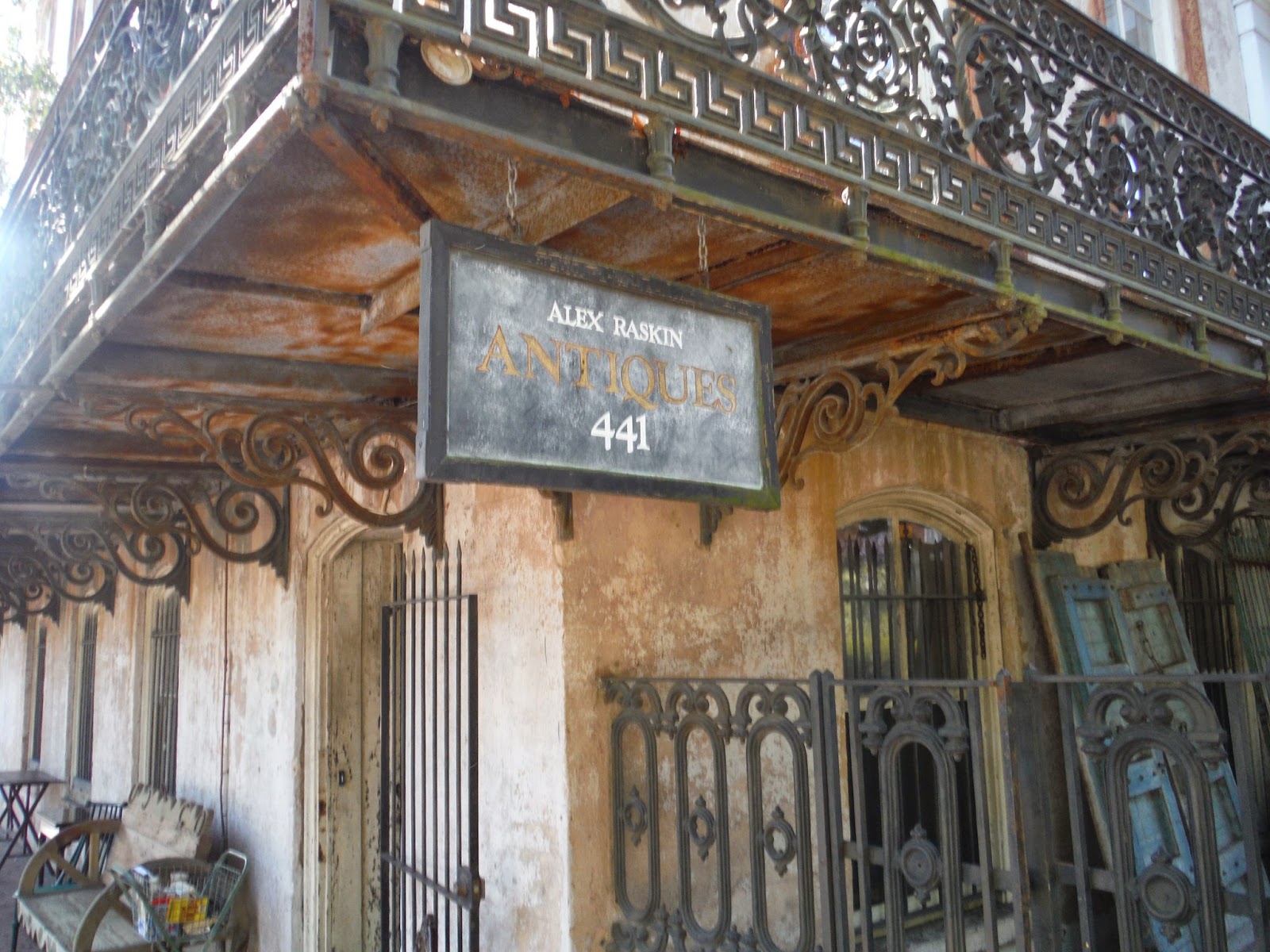 And here we have more interesting architecture and creative uses for things
that have no other use today. 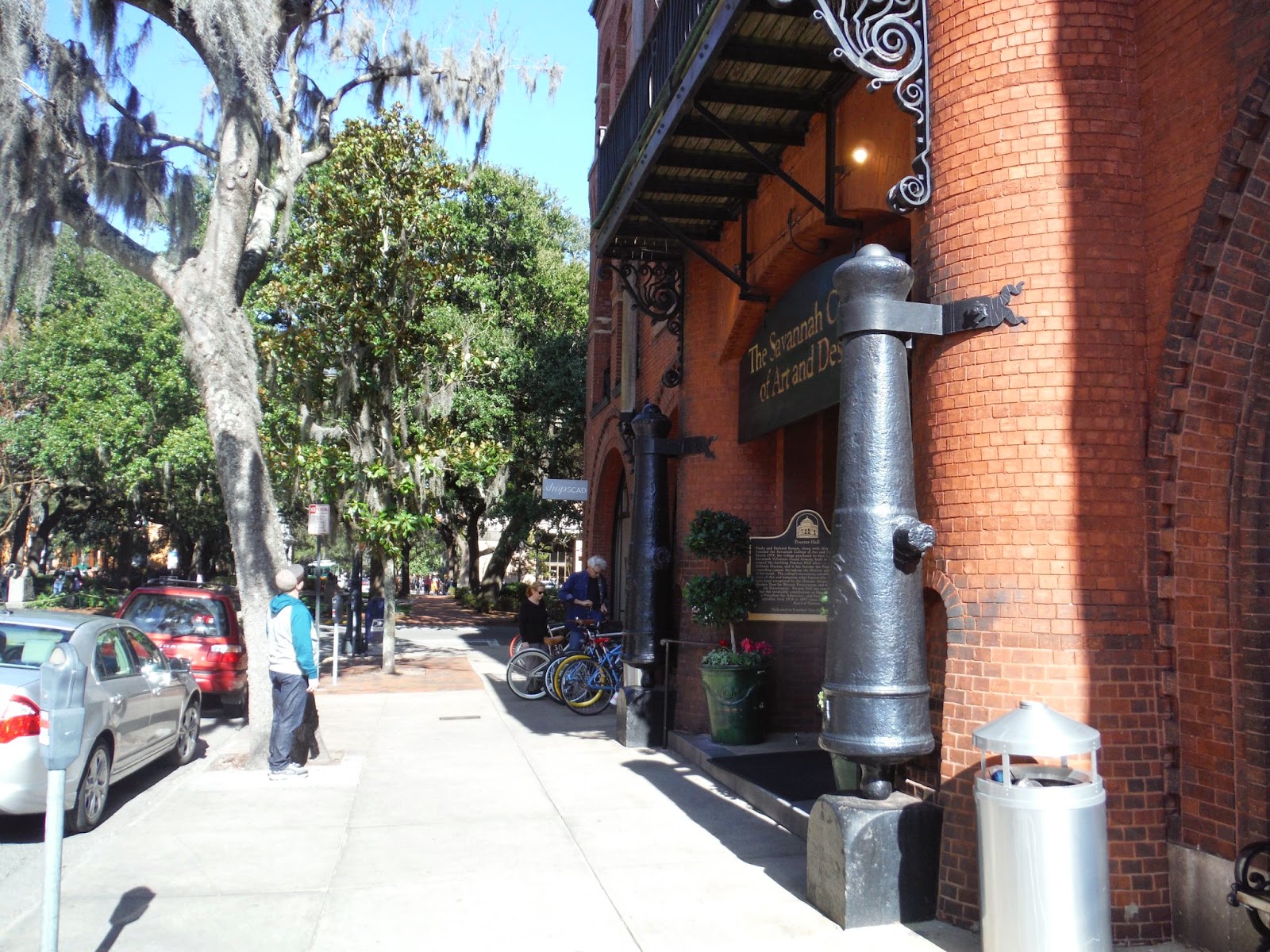 We could have stayed and explored this town for days or even weeks.
But, the original reason for this trip calls us and we must answer that call.
So we loaded up the car once again and headed South.

You know, the funny thing is, in spite of the euphoria one feels upon entering paradise, surrounded by miracles and unimaginable beauty, it gradually becomes all they know, commonplace, ordinary and even shockingly invisible. As beautiful as I found Savannah to be, if I lived there, it would become just that; invisible.
Each day, we are each surrounded by beauty. We are so fortunate to be living where we do. Perhaps you don't think you can afford to explore the world like I am doing. But you can open your eyes to the beauty that is all around you. Learn about the history that is only steps outside your door.
Sometimes as I drive past the large hotel near the garage where I keep the hearses, I wonder "Who would come to stay here?" Then I remember just how wonderful this place really is and wonder why there aren't more tourist. History, architecture, murder and discovery have happened everywhere on this earth.
And it's ours to discover it.

Isn't it funny how we all become accustomed to our surroundings after time. But you are right, we just have to stop or slow down and look around at the beauty.
Savannah looks as enchanting and southern as I expected it to look, Stew. A city of 'squares', I didn't know that. And look at those homes/mansions!
Thanks for the tour.

I'm one of those odd people who actually explore their locality. So I always know the history - but sometimes I miss the beauty. I promise to look harder.

Meanwhile I will enjoy the beautiful places you've visited! I don't know much about Savannah. I guess in the States the name conjures up associations (much like New Orleans does) but they've not made it across the pond. (Not to me anyway!) Interesting to learn about something new.

i love to learn the history...of places i visit...AND the history of where i live. i find that this interest has become stronger...as time goes on. when i was younger...i never really wondered about the past, the history. now, i love it!!
thanks for bringing to the surface, all my own savannah memories. great pictures!
hopefully you only shopped til you dropped, and not drank til you dropped! :) (just kidding!)
have a nice weekend!