It seems rather appropriate to me with the loss of Neil Armstrong, that last night we were able to witness the blue moon.  Was it a sad moon? No, I don't think so. I believe it was a proud moon. Shining brightly trying desperately to show those historic footprints for us all to see.

The term blue moon actually is something of a misnomer. There's no reason for the moon to appear any bluer than any other full moon. Instead it has to do with the extra occurrence of a full moon in a given calendar cycle. Since the number of times the moon revolves around the earth has nothing to do with how many times the earth revolves around the sun, our calendar system seems a little flawed. And that flaw brought us a full moon back on the first of the month and now again on the last day of the same month. Various cultures have used different terms to describe this phenomenon. And many previous versions of the calendar added extra months. The Maine Farmer's Almanac once used the term "blue moon" to descibe an extra moon in a particular quarter of the year.

Then, in 1946, an amateur astronomer named James Pruett wrote about the phenomenon for Sky & Telescope Magazine, in the context of the of saying that a rare occurence happened only "once in a blue moon".

Only problem was, he got it wrong. Pruett described the blue moon  phenomenon as the second full moon in a calendar month. The magazine went with it and it stuck. People have been calling it a blue moon ever since.

Another Neil, Neil DeGrasse Tyson, Astrophysicist, tweeter a few days ago "A month's second full moon is the blue moon. Not rare. More frequent than a presidential election, yet nobody calls them rare."

The remnants of Hurricane Isaac haven't reached Michigan just yet and we enjoyed this second full moon in all it's glory with no cloud cover.

Speaking of Isaac, New Orleans took another direct hit from a hurricane almost 7 years to the day from Hurricane Katrina.
Last year, we visited a remote part of Mexico just days after a hurricane hit it. And now, this year it seems we are going to experience a little more aftermath. You see..... 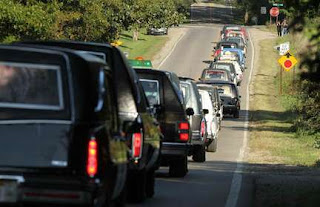 
We are excited to reveal that we will be taking a little trip to what some may refer to as Hell, simply because of the temperatures there. But since several of our friends have moved there recently, it can't be Hell at all. It must be heaven to contain so many wonderful people that have gone on before us to the wonderful land they call Texas.

We'll be stopping first in New Orleans to take care of some unfinished business from last years trip. (I believe there is a hurricane of a different type waiting for me at LaFitte's Blacksmith Shop.) Then continuing over to the Houston area. Then on to Waco and rounding out our whirlwind visit in Dallas in time for the Dallas Pride festival. (Where we are proud to take a friend's son to his first pride event) I also want to visit Arkansas and see my Grandfather's grave. I've not returned to my father's home state since my Grandfather died in 1981. Looking at Google earth, I see that not much has changed in North Little Rock and I'm excited to peek into my history a little and see if there are any good memories that I may have forgotten.

All in all, we will be putting a few miles (about 3000) on the new car of ours and trying out some of those kewl features that it comes with.

This year we'll be operating the business from the road and hopefully making post updating you on all the fun. So you won't even know that we've left.
Posted by Unknown at 12:30 AM

Sounds like a great trip. We can only imagine distances like that on this side of the pond.But I'd love to do a proper road trip one day.

I love road trips! This sounds like it could be the "trip to Bountiful." Hope it's a sweet ride.

Thanks for the link to last year's Road Trip to Hell post. Hilarious!

i guess that really IS hell on earth!!
sounds like you have a lot planned...road trips are fun!! we haven't had one in a while...and i'm getting pretty antsy!

the full moon was so cool...(and so BLUE) as you'll see on my next post! ha! i can't help but stare at the moon...no matter how full it is! but, as you said...last night's was a special one...i hope Neil A caught ALL the winks that were sent his way!! =)

Sounds like a busy vacation planned Stew. Looking forward to the photos and experiences you guys have on the way to and fro.

The trip sounds like lots of fun. I'm looking forward to your posts from the road!

It is nice in the states that we don't have to go through customs from state to state. Many Americans don't even have passports.

I hadn't even thought of that movie. Then to throw in my visit home to Arkansas too. Scary!

Hell was a great time. It's too bad we're going to miss it this year.

I do love to drive. I try to have at least one big trip each year to somewhere new.
You'd think that driving for a living it would be the last thing I'd want to do. But I am really looking forward to it.

I love the moon in any phase. Some don't like full moons. But I find them captivating.

You know by now that my trips are always epic. It's the only way I know how to go.

I'm constantly learning and absorbing. This blog is my home for sharing what I gather as I go. I don't know if I can top last year but I'll give it my best shot.