A Night at the Rathskeller

Eighty years ago, a tiny little bar opened in Detroit Michigan. At the corner of Dakota Street and John R Road. Eighty years ago, it was a thriving neighborhood. Some rather large homes and apartment buildings surrounded the German Beer Garten themed Dakota Inn Rathskeller. Today, the feisty bar still, is packed every weekend. Which is more than can be said for the neighborhood.

Some friends had made reservations for a large group to invade the tiny restaurant for Saturday night. 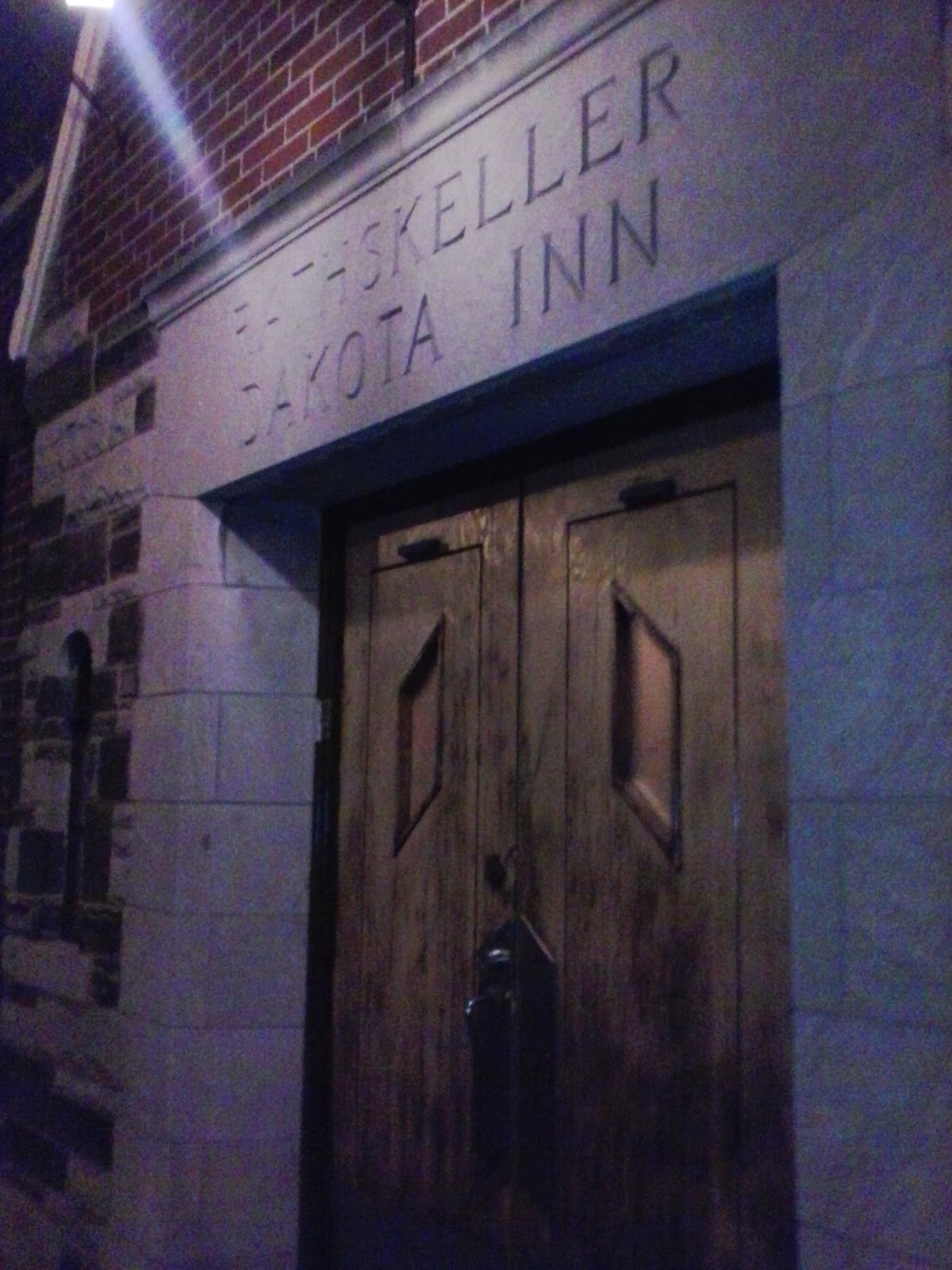 Saturday morning, they had a few cancellations and asked if we wanted to join them. It's difficult for us to plan ahead and join these events so when we had nothing on the schedule, we joyfully accepted the invitation. It sounded like something that Edward would absolutely love and I'm always up for a new experience. So I transferred the coordinates to the cars' navigation system and we headed out. As we exited the freeway, we knew we were not in the best of neighborhoods. There was abandoned burned out houses to the right and left. Boarded up businesses lining the streets. The navigator informed me to turn and I was reluctant but obeyed. My fancy car was certainly out of place here and I began to worry. I had mixed feelings as we approached our destination. We spied the parking lot with a guard shack and a razor wire fence around it and were directed to the back of the lot to park our car. I felt uneasy that we were in a place that needed such security but at ease that it existed. Then even as we approached the front door to enter, I was wondering just what were we getting ourselves into. As we stepped through the door, we were transported out of run down Detroit to a small village in Germany. We squeezed ourselves into the table where our friends were already gathered and shouted over the other patrons to be heard. A man in lederhosen played song after song on the eighty year old Grinnel piano. 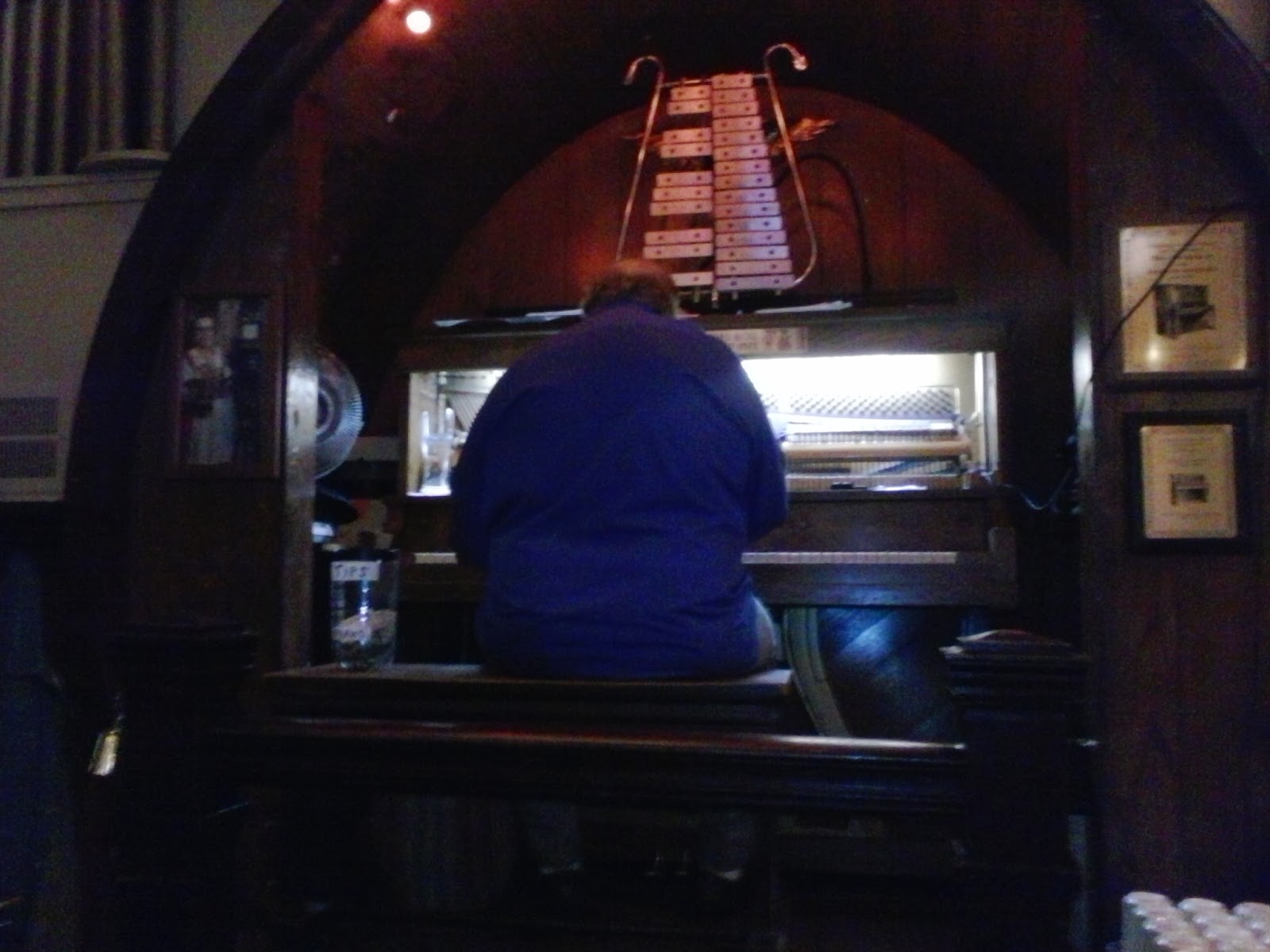 The schnitzel was amazing and the entertainment never stopped. Several times we all sang happy birthday to some patrons and the sing-a-long  was hilarious with a busty lady pointing out words on the wall for us to sing as the piano played. 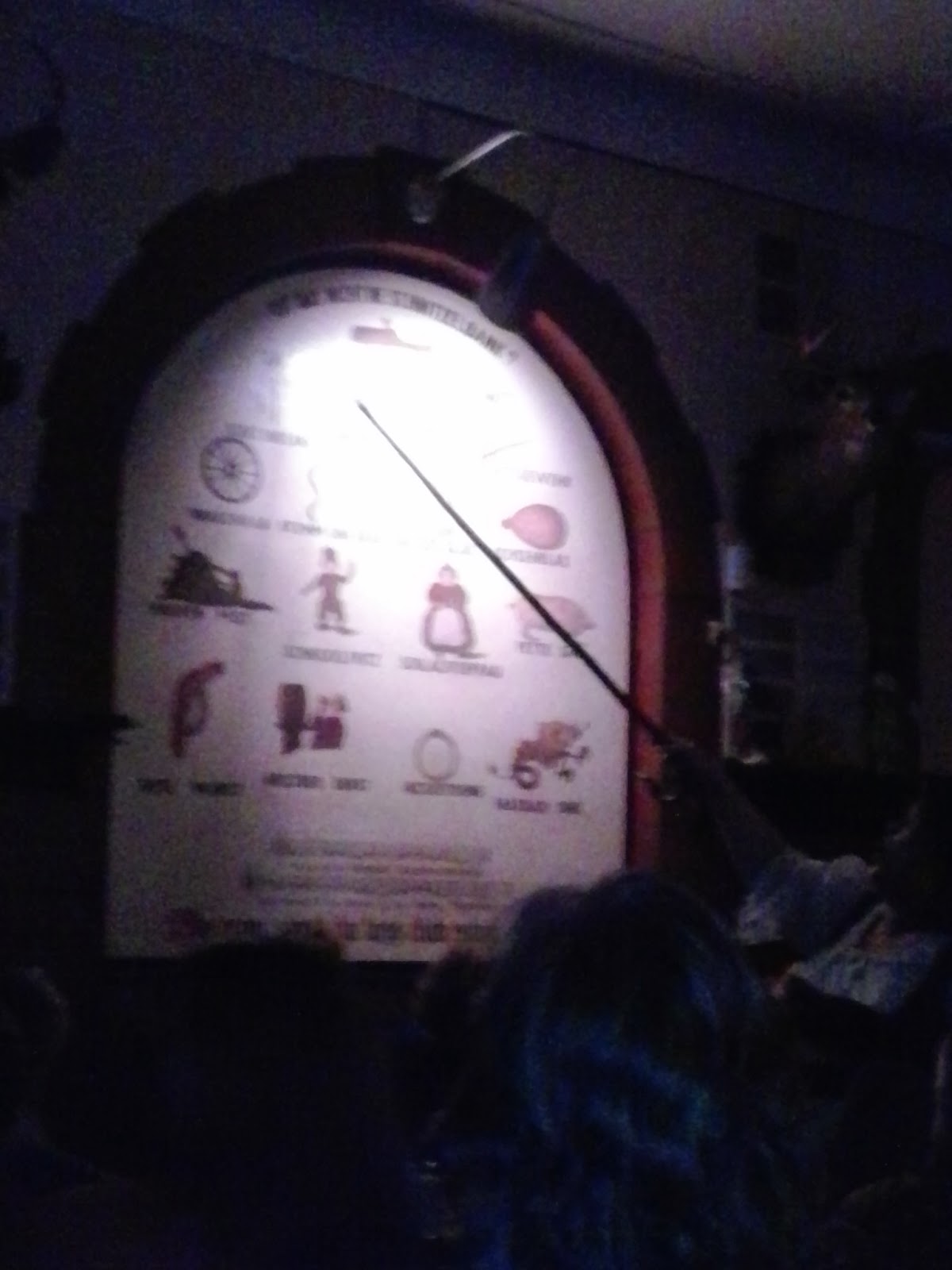 After the sing-a-long we all stood up and sang God Bless America and Oh Canada - Because that's how we roll in a border town.

The beer was flowing, the wine was chilled. Good friends were having a great time. 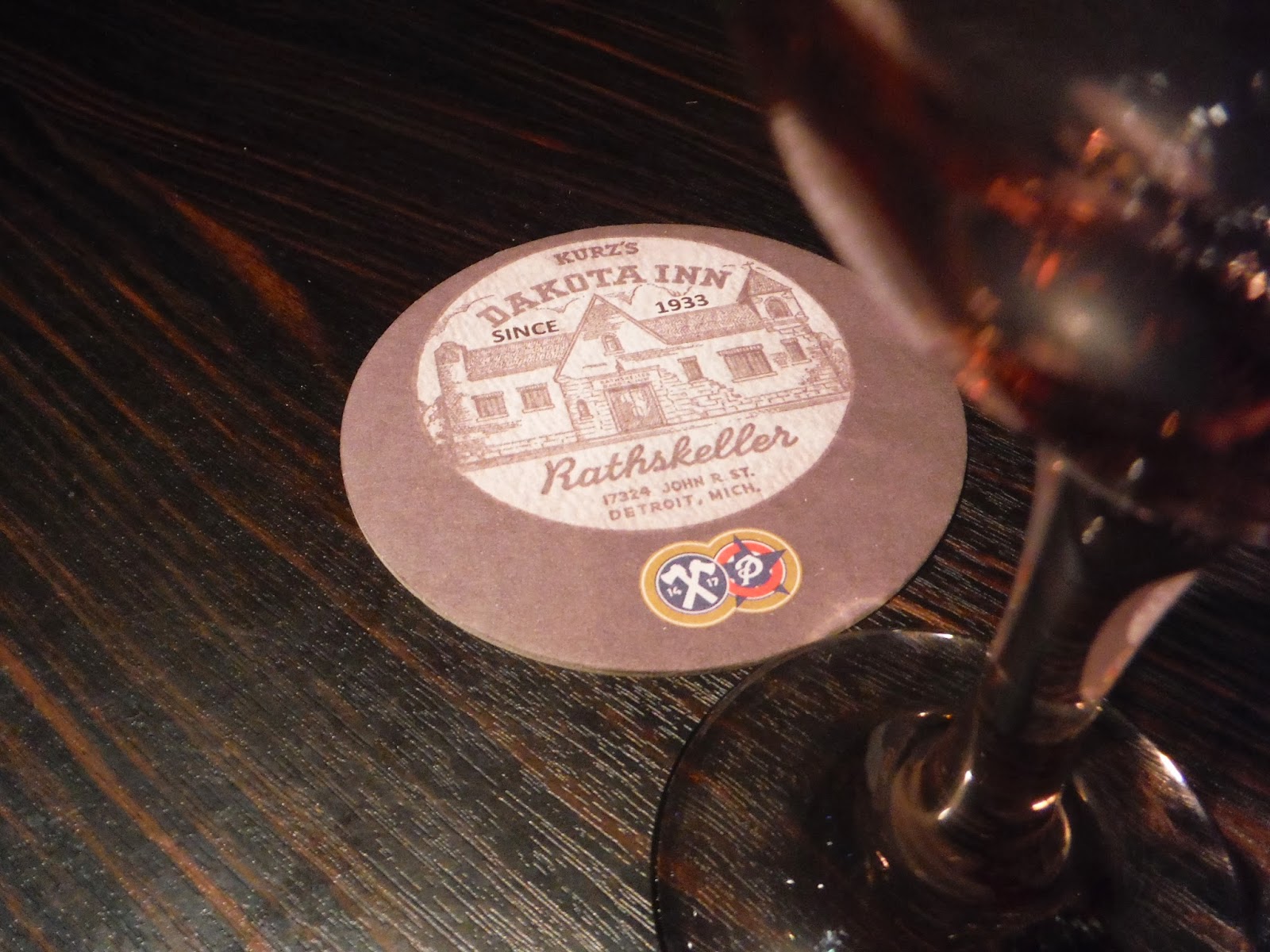 This is taken from their website and I think it really captures what this third generation place is trying to maintain in the midst of devastation...
On April 2, 1935 Karl Kurz organized a group of regular customers and called them the Just Right Club. The purpose of the Just Right Club is to bring together regular male Dakota Inn Rathskeller patrons in a social atmosphere of friendship and Gemutlichkeit. The German word “Gemutlichkeit” means to “enjoy fully ones friends in a pleasant atmosphere.”

All in all, it turned out to be a great night. And who knew in such a bad neighborhood, there would be a nice eighty year old pub, having such great parties, every weekend. Perhaps there is hope for Detroit afterall.

Email ThisBlogThis!Share to TwitterShare to FacebookShare to Pinterest
Labels: A New Brighter Day, My Life

I am sure the 'spirit' of the old Detroit will never die......just waiting to flourish.
Enjoyed this Stew.....sounds like an interesting bar.

Last night, I saw a commercial on TV about the thriving auto industry in Mexico, now ranked 4th largest auto producer in the world! I seems to me that all those ruins in Detroit are the direct result of Mexico's success. I'm glad there are still businesses thriving in Detroit.

I don't know if there's much of the old spirit left after this long. But a new spirit is certainly rising. It will be interesting to watch.

There are 3 times as many cars on the road today as when I started driving more than 30 years ago. Those cars are being made somewhere. Poor and greedy management and government have ensured that it's not here. But a new and much different city is emerging slowly from the rubble.