The disease that dare not speak it's name.

The gentleman we honored today didn't speak it's name. Diagnosed seven years ago, he quietly endured (and ignored) cancer. Refusing to let it invade his life as he continued enjoying everything he wanted and loved to do. Ski trips with family, half marathons and triathlons, a 28 mile mountain bike epic in the Upper Peninsula with his sons, biking, kayaking, boating, golfing, piano, U of Michigan football, Red Wings hockey, his grandchildren's hockey and of course whistling.

I overheard one guest say that they saw him mowing his lawn last week. 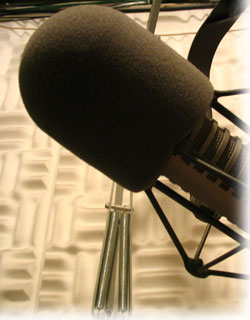 Born in an affluent Detroit suburb he graduated from Eastern Michigan University with a Masters of Arts degree. He landed his first job at a radio station in Northern Lower Michigan and then spent the last 37 years of his career at a local station here. Today there was mention of how students would wait in the morning before heading out to the bus in the snow for him to make the announcement that school was closed due to the snow and ice. If school was closed, everyone loved him. If not, well there's always tomorrow. In 1984 he started teaching at the community college, instructing and interacting with many children over the years. He often commented on how fortunate he was not only to have a single job he loved, but two jobs that he loved. He's been an active member of many boards and foundations in the community over the years.

During the service, many familiar radio voices spoke about their experiences working with such a positive influence for so long.
This is truly a man that will be missed by the entire county.

But perhaps the most inspiring part of the whole story is the fact that he told no one about his impending doom. He felt it would cause people to treat him differently. He did not want to undergo all the chemo therapy and medications. He did not want to spend months if not years fighting a losing battle in the hospital. He felt that he'd lived a full life, and at 69, that life came to an end. None of his friends or family even knew that he was sick. The shock spread across the airwaves Tuesday and hardly a soul could believe that they'd never hear his voice again. The voice of radio in our corner of the world has changed forever. But his spirit will live on in all that he worked with, taught and that listened to him every weekday morning. His courage in his last years was perhaps the most epic thing he, or anyone could ever do.

I can only hope that I have his strength and the other "C" word (Courage) when the time comes.
Posted by Unknown at 7:09 PM

It's great that he was able to keep going strong until the end. I hope he got to say his goodbyes to his family and friends although if he died of a sudden heart attack the result would have been the same. I don't think I would have had the strength to pull that off.

I truly admire this man. To embrace his mortality and to go boldly with it instead of trying what could be merely buying time but not stopping the inevitable is truly commendable. I can't tell you how many times I type reports with people older than him (like in their 80s) and still undergoing this and that treatment, I'm like "enough is enough". It is refreshing to hear of someone chosing to say "enough" before he even started. What a great career he had and what a legacy he left.

I'm not sure I'd leave my family out of that kind of decision. But I admire his courage.

I guess I left out that he did tell his wife. And that the decision was between the two of them to not tell anyone else.
For her to stand by his side for the last seven years, shows great courage on her part as well. And that should not go unsaid.

amazing how he could keep on with his daily life...and no one knew.
it takes a lot of courage to deal with...LIFE...after finding out you have cancer...whether you choose treatments or not. i went through it with my dad, sister & brother.

this is a nice tribute, Stew...filled with warm memories...he will live on in those he touched.