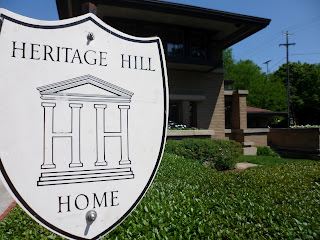 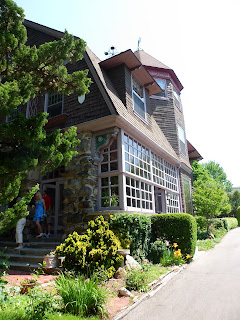 Grand Rapids is a town rich in history.

It is the home town to Fredrick Meijer, the founder of Meijer Thrifty Acres. Now just known as Meijer.

For those that are unaware, the story goes that one day, Fredrick was shopping at a K mart and received very lousy service. So bad in fact, that he decided to open his own store where the customer always came first. He was initially a barber by trade and would cut men's hair a little shorter than they wanted, with the reasoning that he wanted them to get their monies worth. He carried that through to his stores too. It started out just a Michigan thing and now, Meijer's can be found across the country. They are even rivaling Walmart. For the longest time, we didn't have Walmart in Michigan because of Meijer and Kmart being so prevalent. (Kmart corporate headquarters was in Troy, Michigan before it sold out to Sears). 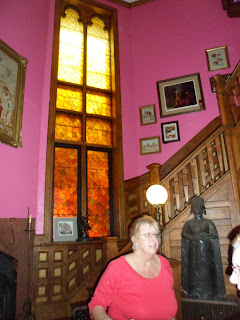 The other thing that Grand Rapids is known for is the home to Amway. Anyone that doesn't know what Amway is lives under a rock or something. But even then, you probably use Amway's all natural soap to clean that rock.

Everywhere you go in that town you see the names of the people that started those two companies.

But that's not all that's from Grand Rapids. There is Howard Miller Grandfather Clocks and Steelcase furniture located there as well.

The city was in existence before Michigan was even a state. And the history shows it.

As you all know, I am a nut for history and architecture. So, for my birthday, my wonderful husband got us tickets to a walking tour of the Heritage Hill District, downtown. 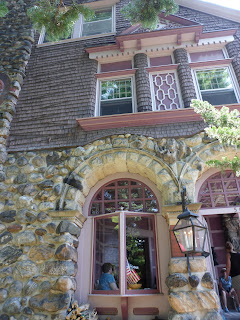 We were able to tour homes built from 1840 to about 1920.
It's amazing what you could do with your money, when you didn't have to pay income taxes. Some of these homes are just way too big and ornate for anyone to keep up so often they came with a full staff upon purchase.

Unfortunately post World War 2, many of the homes were split up into apartment buildings and many remain that way today. 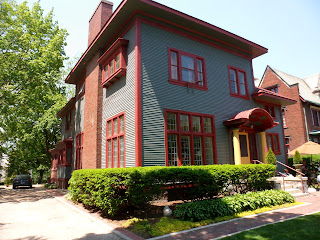 Yet, other homes have either remained single family homes or been restored to their once grand status in the community. 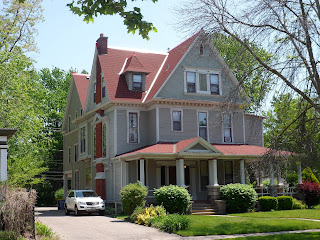 Since they were all built at different times, they are as diverse as the people that live in the city. 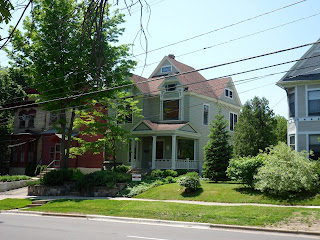 Many of them are of Victorian styling, but there are also many Arts and Crafts Bungalows. 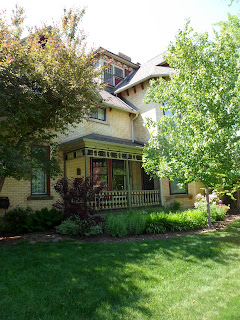 It was difficult to photograph inside most of them. But I have included a few shots of some interesting features.

For the most part, I was enjoying the outside fretwork, more than the interiors.

The Historic Society maintains that the house must remain of original styling outside. But the insides, obviously needed to be updated for modern living. 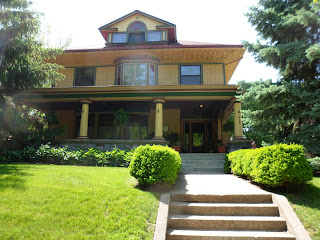 Some of these homes were not officially on the tour, but I loved the artistry of them anyway. 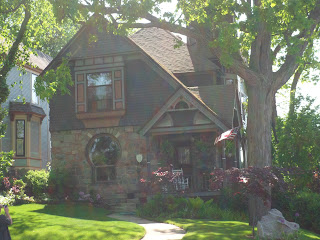 Such beauty in each and every one of them. 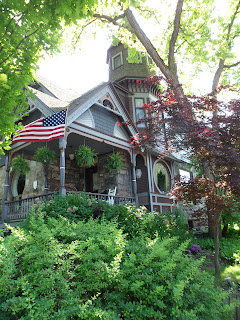 If I didn't love my home, I would be ready to pack up and move to any one of these.

But, I'd probably end up with the one that needs all the restoration done to it still. 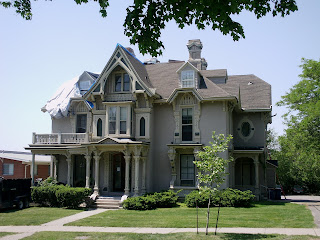 And while I'd love every step of the process, I just don't know if I could live in a constant state of construction. 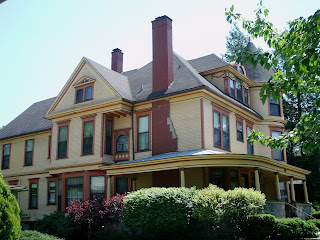 I could go on and on with all the beautiful homes that we saw. 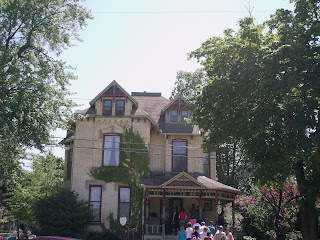 Some had lines to get in and see, while others, we were able to walk right in.

We were each given a set of booties to wear on our feet so we didn't track up these folks homes. They looked rather silly, but I understand. 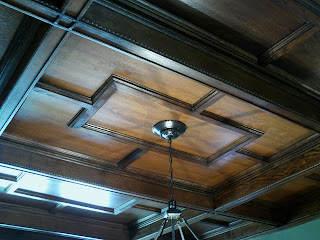 Here's a shot of a dining room ceiling that is sort of an inspiration for my own ceiling. I've had the idea for a while, but since returning home, I've actually started construction.

It's my goal to have the kitchen finally finished by the end of summer. (It's only been over a year already) 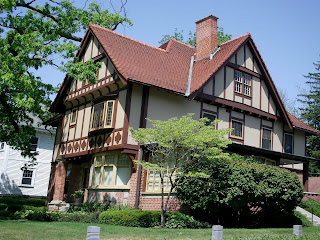 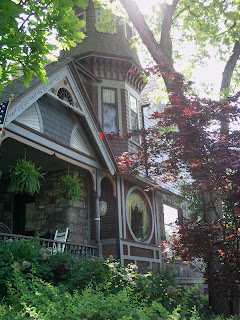 I hope that you've enjoyed this walking tour and brief history lesson of Grand Rapids.

And NO, you haven't seen the best part (for me) yet.

Stew, those houses are amazing! I must go for a walk around my village so I can show you some of the houses here - you'd love them. Specially one called Key House. I must look up the legend associated with it and put it in my blog post.

I know the history that we know here in the States seems so young to folks in Europe. But it still fascinates me. I'd love to spend some quality time in areas with history that dates back thousands of years rather than hundreds. I'll look forward to your walking tour.

I can only imagine the history and architecture that you stumble upon each day in Spain.

I love the diversity of those homes! So well preserved. Great presentation Stew!

Others may see these as old relics. I grew up in a rather plain 60's built area and have lived the last 17 years in an area with all new cookie cutter construction. We have some amazing landscapes in my neighborhood but the homes behind them blur as one.
To me these homes are what America was, and will always strive to be again.