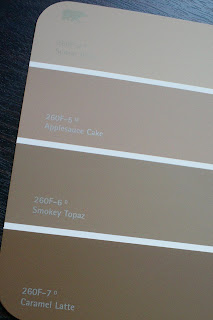 Daily he wore beige polyester pants with a beige shirt, plain brown shoes and a brown belt. His appearance matched his life. He never wanted to stand out from the crowd, only blend in. He stood in the shadows, taking it all in. He never really did anything much to write about. Yet, write he did. He kept a journal of all his mundane, boring days. Ninety-two years of nothing.

He wrote of the day he met his wife to be. He wrote of their wedding day and of starting their ordinary family. He wrote of his grandchildren and all of their accomplishments. He wrote of his great-grandchildren and the color of their hair. He described in detail each dimple on their cheeks while they smiled when he bought them their own bag of M&M's. And not those little bags, we're talking about those big $3.99 bags. He went in to detail  of how proud he felt as his son and daughter graduated from first high school and then college. He put in to words his feeling for his wife on their 60th wedding anniversary. And he told stories of how he teased the neighbor for 20 years about having to wear a hat to keep from getting sun burned on the top of his head.

His life was pretty beige and he reflected that every day. And every day, he reflected about how perfect life is when you take the time to enjoy it and appreciate all the little things. Some of it's magic, some of it's tragic, but he had a good life all the way, wearing beige.

He touched so many lives in ways he could never have imagined. So many people are better off today for having known him, even just a little. Often we think that we are not doing very much in life. That we are boring and don't matter. That no one cares. As bloggers, we have found that there are others who care about our silly little quirks. That sometimes the simplest things in our life, can instigate change half way around the world. We do matter. We all are special and people will love us, if we allow them to. And it's up to us whether or not we enjoy our lives. No matter how beige it may seem.

Thank you for a beautiful and thoughtful post! Sometimes the most ordinary people are the most extrordinary and we never even notice.

you wrote this great, Stew. I'm thinking it was about a blogger? I would have enjoyed reading journal; can you imagine the legacy he has in his journals for his family to reflect upon over the years?

Beige is a great color when described this way; thank you for doing so!

Beautiful, beautiful post Stew, and very synchronistic for me, so I thank you very much for writing it..and then sharing it!
On a light note, one of the way it was so synchronistic is I was just laughing at myself the other day that I live where it is all shades of brown and yet still the major colors I've used in my decor are shades of beige. LOLAM!!!

Even shades of beige can be interesting.

Thank you for adding your colour to my life!

You have a special way about you. Thanks I still visit often.
Rina www.pastandpresentstories.blogspot.com