Apples to Apples, Dust to Dust

Today, we have a guest post from my husband. He spent several years working in a small funeral home in an even smaller town. He often tells me funny stories that happened along the way and I encourage him constantly to write it down. This is one of those stories..... 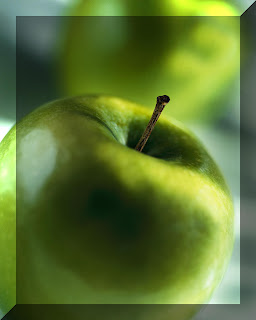 Stew and I were discussing the topic of  "shoes" and if it was customary to place them on the deceased inside the casket. I mean, are they really needed ? Will the ground be that hot or the clouds that wet at there final destination ?

Now it has been my experience, being in the business over the past seventeen years, that most directors do not place shoes on the deceased. Although I did meet a young director and father of fore that would tie the laces in a double knot. ( good habits are so hard to break.)


If footwear is brought in with the clothing they may be placed in the foot end of the casket but seldom worn. Unless specifically requested by the family.

This brings me to just such a time when a request was asked of our funeral home.

The deceased had lived at a group home for the mentally disabled. She was quite large and had given us grief in the embalming presses. (Leaking)

The family had asked that she wear her favorite fluffy red Elmo slippers. (Imagine a thousand years form now, archeologist's trying to figure that one out.) 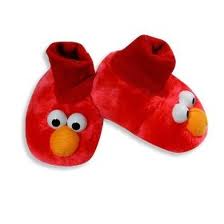 We carefully hoisted her into the casket and placed lots of absorbent material around her mid section. This, in the unlikely event that any leaking may accrue. I stood back and took in the whole odd scene. She at one end and a pair of crazed punk Lemurs at the other.

During the visitation everything went well. That is, until some of the family got the brilliant idea to lift the bottom end of the casket lid to see if she really was waring the red Elmo slippers.

In doing so, water had spilled out of the casket flower piece and drained into the casket and, of coarse, all over the deceased.

Embarrassed, they replaced the lid and said nothing.

By the next morning, as we began to arrive for work, the smell was horrific. I walked in to find the funeral director, with a hair dryer in one hand and a can of Old Yankee, red apple room spray in the other. As we ran around opening windows and turning on fans, our other worker, Old Morris, walked in. Making a sour face he asked in a loud voice " Good god, it smells like rotten apples in here. What's the hell's going on ?" I could not have put it any better myself. We got the roomed aired out and carried on with the funeral that day with no one the wiser but us.

Just another day in the funeral biz.

I had no idea that the deceased go shoeless into the next world.

I trained as an archaeologist and I assure you those Elmo slippers are going to end up in a museum and at least 10 text books!

LOL...Well someone please make sure my shoes are on, because I'm going to hit the heavens running!

LOL! oh my gosh, I can't imagine the smell. never thought of shoes being worn on the deceased. Makes me wonder now of the few people I know that have passed, if they had shoes on.

enjoyed your story and I hope we get to hear more of them down the road!

Great story to start my day! Thank you! Friend of friend had the same job and always bought underclothes at Good Will. He said he hated the thought of someone being buried without underwear-seemed disrespectful and most families only think about bringing the dress or suit.
Thanks again for the great story-can't wait for the next one!
meggs

I think those slippers were a lovely thought!!!

Well, I did not know that shoes were not put on the deceased. Hmmm. Very interesting.
When my Aunt passed away it was her wish to be buried in her favorite nightgown along with her slippers. Nope, I didn't look to see if she was wearing her slippers.
I found it very loving that the ladies Elmo slippers were placed on her feet to accompany her to the beyond.